Kgalema and Gugu: How tight a spot are they in? 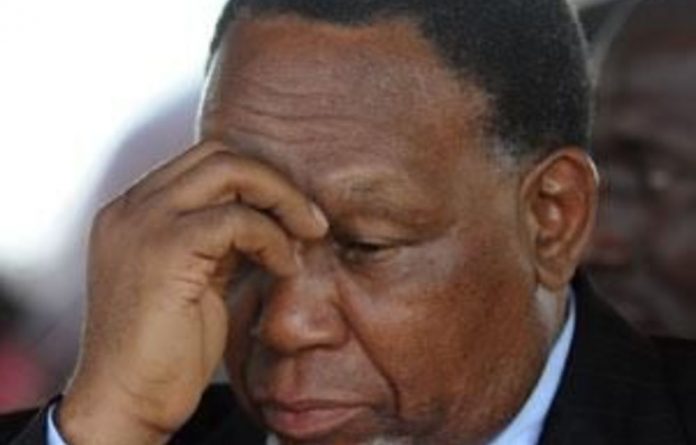 Deputy President Kgalema Motlanthe has asked the public protector to look into claims of corruption levelled against his partner, Gugu Mtshali — but he would do well to remember that this isn’t the first time she has been linked to dodgy business dealings.

This weekend, the Sunday Times reported that Mtshali had solicited a R104-million bribe to get government support for a South African company that tried to secure a R2-billion sanctions-busting deal with Iran.

Mtshali was also connected to the controversial corporate battle between steel giant Arcelor Mittal, and mining house Kumba Iron Ore, which have accused each other of fraud.

Mtshali was listed as a director of Imperial Crown Trading (ICT), the company which controversially scored a share of the rights to Sishen iron mine.

In 2010 Kumba cancelled a longstanding agreement to supply Arcelor Mittal with iron ore at cost plus 3%, dramatically below the ruling price.

This was after the Sishen Iron Ore Company, a subsidiary of Kumba, and ICT both attempted to secure a stake in the Sishen iron mine in the Northern Cape back in 2009.

Kumba, a subsidiary of Anglo American, and ICT accused each other of fraud and decided to take their battle to the courts — where it remains.

In December the North Gauteng High Court in Pretoria ruled that the ICT had no prospecting rights to Sishen, a ruling that has since been challenged by the company and the department of mineral resources.

The battle has spilled out of the courts, however, amid claims of intimidation, bribery, collusion with government and even assassination attempts.

All of this came to light after Mtshali was in the employ of the ANC as a personal assistant to the party’s treasurer general, Mathews Phosa.

Swift action
In response to the latest report, Motlanthe asked the public protector to investigate the allegations.

“The deputy president takes these allegations very seriously and in view of their seriousness, we decided this can’t be left alone,” Motlanthe’s spokesperson, Thabo Masebe, told the Mail & Guardian.

However, Masebe refused to confirm that the deputy president had knowledge of Mtshali’s business ties when quizzed by the M&G, describing their relationship as “personal” and “private”.

“They don’t discuss business matters. Mr Motlanthe has a full time job as deputy president and does not concern himself with private business enterprises,” said Masebe.

Mtshali did not respond to a formal request for comment from the M&G.

“It is a positive move, a step that will help understand better what is happening. It is certainly a matter that needs clarity,” David Lewis, executive director of Corruption Watch told the M&G.

The sentiment was shared by Democratic Alliance parliamentary leader Lindiwe Mazibuko, who said it was “very commendable” that the deputy president “took the initiative” to clarify the issue.

“I welcome the fact he’s come out so unambiguously on the matter and also that he trusts the office of the public protector to investigate the allegations in full,” said Mazibuko.

Political victory
The allegations of corruption could tarnish Motlanthe’s image ahead of the next ANC elective conference this December, but the move to have the issue investigated should act in his favour.

While President Jacob Zuma has often weathered allegations of corruption being levelled against his family or close associates, he has never formally referred them for investigation.

These include allegations of corruption involving his son Duduzane Zuma as well as the Gupta family, who have been closely linked to Zuma and the ANC.

Duduzane is a shareholder in ICT along with Atul Gupta and it was previously reported the
ICT deal was struck as a result of the pair’s connection with the president.