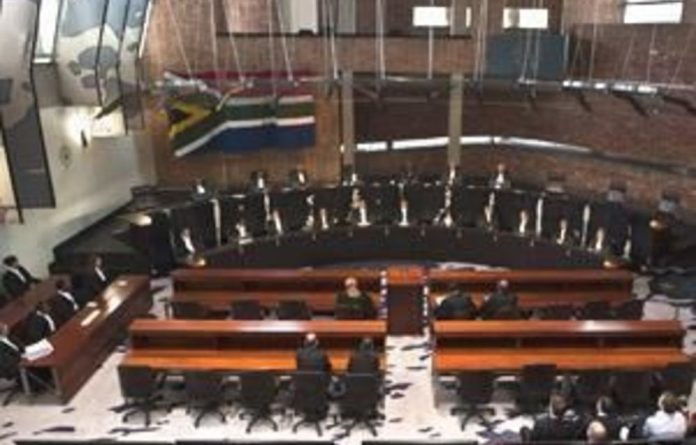 Speaking at the opening of the Constitutional Court Week conference hosted by the Democratic Governance and Rights Unit and the Konrad Adenauer Stiftung at the University of Cape Town, Yacoob said “the fact that judges differ with each other is not surprising, nor is it something to bemoan”.

Yacoob added that he would be “perturbed if the 11 judges of the Constitutional Court agreed with each other, judgment after judgment, year after year” as it would suggest a court lacking in rigour and debate.

Yacoob’s statements come at a time when there is increasing public debate — and consternation — around the role and powers of the constitutional court. Both the government and members of the ruling ANC have made critical noises about the incursions of the judiciary into the political sphere.

Last month, Justice Minister Jeff Radebe announced that the government would commission a study on how Constitutional Court rulings have impacted on the law, the state and the lives of citizens.

Justice department spokesperson Tlali Tlali told the Mail & Guardian that an advert for the tender to conduct the review of the transformative impact of the Constitutional Court “will be released in the next few days. The intention is to release the brief or the terms at the same time, as both these matters are interrelated.”

Yacoob said the current debate about whether the judiciary was making incursions too far into the political sphere was “absolutely vital” and “useful” for judges.

He added that “any reasoned opinion” would be “taken seriously” by himself and colleagues on the bench.

In his opening address, titled A Dynamic Constitution? Yacoob also touched on the justice department’s discussion document calling for greater cooperation between the three arms of government (executive, legislature and the judiciary) saying that “this cannot be intended to mean that the legislature and the executive can discuss matters with the judiciary directly.”

Yacoob said that while the arms of government were required to engage on issues such as “budgets [for the running of courts], court buildings and matters like that” it was “not about meeting privately or secretly”.

He noted that the arms of government “should indeed talk to each other, and do so, but in a structured and specialised way” when the executive appears in court and is represented by counsel on matters.