Wits go all out for extra premiership point 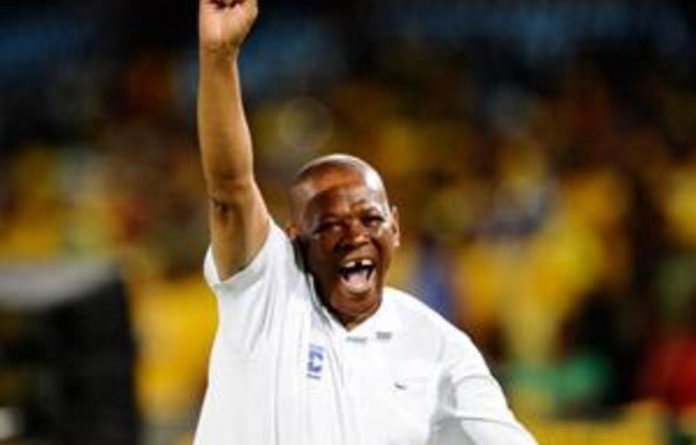 Substitute Muhamed Patel scored a late goal to salvage a crucial Premiership point for Wits in their 1-1 draw with log leaders Mamelodi Sundowns at Loftus on Tuesday night.

The 17-year-old pounced on a rebound save from Sundowns goalkeeper Wayne Sandilands after a free kick to net his first professional goal in the 89th minute.

Sundowns had held a lead for most of the match and looked to have garnered all three points, which would have seen them stretch their lead to six points on their closest challengers.

Nyasha Mushekwi headed in the 11th minute for the Brazilians, connecting with a Siyabonga Ngubane cross on the right side flank.

This was the Zimbabwean international striker’s seventh league goal of the campaign.

However, they paid the price for not pushing forward in the final 30 minutes of the match.

Just rewards
Gutsy Wits got just rewards for their persistence and managed to net the crucial goal to earn a point which now has them in ninth place with 26 points.

The Brazilians now have 37 points after 19 matches and are four points ahead of Kaizer Chiefs and Orlando Pirates, who are both on 33 points.

Sundowns midfielder Hlompho Kekana had a storming first-half where he powered his way through the Wits defence.

The hosts — fresh from a 24-0 annihilation of amateurs Powerlines FC in the Cup where Kekana netted seven — were guilty of not making the best of their opportunities this time around.

It was from interplay between Kekana and Elias Pelembe that provided a cross for Mushekwi soon after they had taken the lead.

However, the header was saved by goalkeeper Emile Baron, who was outstanding for the Clever Boys.

Mushekwi, again, tested Baron in the 28th minute after being supplied by Lebohang Mokoena but the shot stopper was up to task.

Wits gradually worked their way in to the match midway through the opening half.

Powerful shot
In the 33rd minute, right-back Davidson Oliveira fashioned a powerful shot on edge of box that was punched away by Sandilands in the Sundowns goal.

Sandilands saved again shortly before the interval, this time a shot from Lehlohonolo Malesela inside the box.

Sundowns tried to regroup in the second-half in search of a break, with Oliviera’s long range shot sailing narrowly wide of goal.

Meanwhile, Sundowns’ efforts to double their margin were thwarted by Baron.

He needed to dive low down to pull of an outstanding save to deny a textbook Clayton Daniels header near the hour mark.

In the game’s dying moments, they could have sealed it through substitute Anthony Laffor, who saw his weak shot saved by Baron.

Soon after conceding an equaliser in injury time, substitute striker Katlego Mphela “netted” but his effort did not count as he was ruled offside. — Sapa

Mboweni says no more funding for Zondo after the high...