Barclays chief in the pound seats 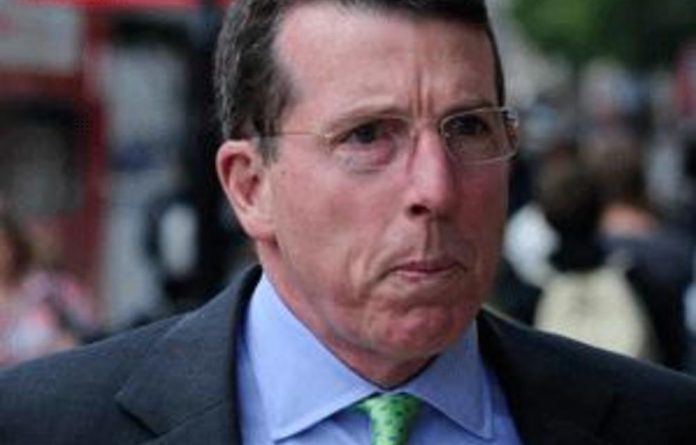 Barclays bank boss Bob Diamond received £17-million in pay, shares and perks last year at a time when the bank’s profits fell 3% and amid continuing criticism of bankers’ remuneration.

The bank also paid £5.7-million to cover Diamond’s tax bill and he was awarded even more in shares that will pay out, according to performance, in up to three years’ time.

The chief executive’s pay deal is likely to infuriate shareholders and pay campaigners. It comes after Barclays was forced into an embarrassing row with the United Kingdom taxman over two tax avoidance schemes that could have saved the bank up to £300-million.

Trade union critical of banks
Trade Union Congress general secretary Brendan Barber said the bonus “epitomises how banks have failed the wider economy and got away with it”. Advocates for a fresh tax on banks, the Robin Hood Tax campaign, stepped up their calls for a tax on transactions.

The details of Diamond’s payout are revealed in the bank’s annual report and accounts. He received a £2.7-million share bonus (80% of his maximum) on top of his £1.35-million salary. He also received perks worth £474 000, which usually covers bills such as chauffeurs, security and the cost of personal financial advice. Another £3.7-million was released from a share scheme dating back to 2006 — delayed after the banking crisis — £1-million from a 2008 scheme and £7.8-million from a separate executive share award scheme.

The chief executive, who was born in the United States but has British citizenship, was awarded £2.25-million in shares under a long-term incentive plan based on performance in three years’ time, although the bank has only included 33% of the maximum he could receive of £6.75-million.

Diamond in line for more money
There is also another award of £2.35-million that can pay out in May, provided the bank’s capital cushion meets a certain threshold.

The bank paid £5.745-million of tax incurred by Diamond directly to the government because it was not covered by the joint taxation treaty between the UK and the US, to which Diamond had relocated to run the Barclays Capital operations division before taking the helm as chief executive in January last year. The bank, which stressed that Diamond was a UK taxpayer at the 50% rate, said the tax resulted from the difference in treatment on gains on historical share awards between the US and UK, which resulted in a one-off tax charge that could not be offset by a double taxation treaty.

The bank’s annual report focused on the salary and annual bonus total of £6.3-million, down from £9-million a year ago. In 2010, the bank reported that 231 staff were paid a combined £554-million — an average of £2.4-million each.

Barber said: “People are sick of seeing money that should be spent supporting businesses being lavished on … people that brought our economy to its knees a few years ago.”

David Hillman, spokesperson for the Robin Hood Tax campaign, said: “The pockets of Bob Diamond and his fellow bankers are busting at the seams from their multimillion-pound pay packets, while the exchequer is being left short by the bank’s tax avoidance measures. Such excessive rewards are a clear sign that the financial sector can afford to contribute more to those still feeling the consequences of the banks’ past mistakes.” —