Kiwis panic at the thought of ‘Marmageddon’ 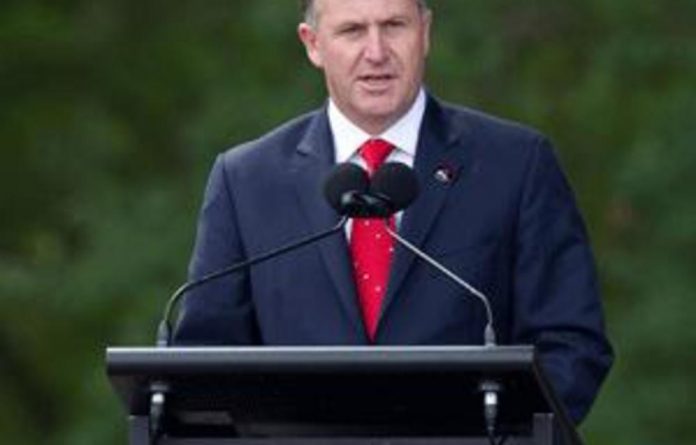 It’s a sticky black sandwich spread that much of New Zealand adores, though detractors liken it to axle grease. And when it runs out — it’s Marmageddon.

The manufacturer of Marmite says it’s supplies of the yeast-extract product ran out this week, four months after earthquakes forced it to close the only factory that made New Zealand’s version.

“Don’t freak. We will be back soon!” the company, Sanitarium, says on the Marmite website. But there are signs of freaking in the country of 4.4-million people, which eats its way through 640 tonnes of the savoury spread every year.

“I can confirm there was a rush on Marmite yesterday,” Antoinette Shallue, spokesperson for the grocery chain Foodstuffs, said in an email. “Clearly Kiwis took the news of the impending shortage very seriously.”

Some are calling the crisis “Marmageddon”. Others are auctioning their supplies of Marmite online. Even the country’s leader sounds concerned.

“I’m going to have to go thin I’m afraid. I have a very small amount in my office and once that runs out I’m obviously aware that supplies are very short,” Prime Minister John Key said on Tuesday.

Vegemite is no compromise
At the risk of angering Marmite fans, Key went on say that he could also eat Vegemite, a rival spread that is made in Australia.

Both Marmite and Vegemite are made from yeast extract. Marmite was launched in England and, at first, was imported into New Zealand. But by 1919, New Zealand had come up with its own version, which differs in taste significantly from the English version.

“People have grown up with Marmite. It’s an iconic New Zealand brand,” van Heerden said. He is advising people to use their remaining supplies sparingly: for instance, by spreading Marmite on warm toast, so that it goes further, or on just one side of the bread in double sandwiches.

The problem traces back to a series of earthquakes in the city of Christchurch last year that killed 185 people and destroyed many buildings. In November, Sanitarium decided that the quake damage was so severe it needed to close its Christchurch factory, the only one that makes the New Zealand style of Marmite. This week, it ran out of supplies.

Retailers running out of stock
Supermarkets still have some jars left but they’re going fast.

“We anticipate running out of stock of Marmite in the next two to three weeks across all our stores, and unfortunately we have no control of the situation,” said Murray Johnston, general manager of merchandise at grocery chain Progressive Enterprises.

Van Heerden said he has kept the 25 people who make Marmite on the payroll and hopes to resume production by July — when either the factory will be repaired or the production line will be moved.

In the meantime, one would-be entrepreneur has listed a jar of Marmite for a minimum bid of 3 500 New Zealand dollars on the auction site Trade Me, admitting that: “Seal broken, had to take a couple of toasts worth just to say goodbye to my prized Marmite.”

No bids have been placed yet. — Sapa-AP