To dream the world’s end 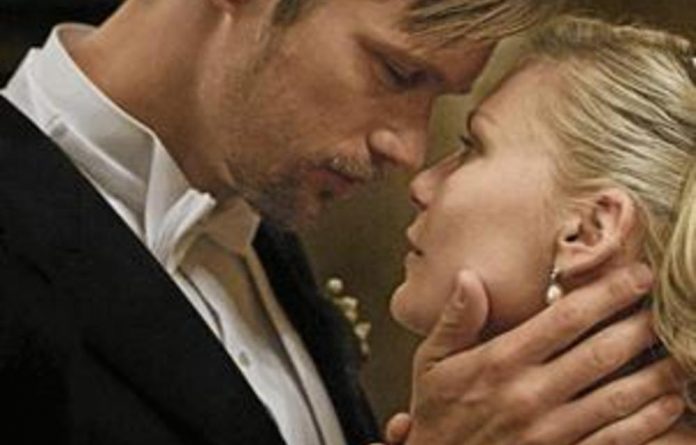 Lars von Trier, that great maestro of facetious event cinema, is back with another instrument of torture. It’s a disaster movie about an enormous blue planet called Melancholia that crashes into planet Earth. It’s 20 times the size of Earth, but only half as big as the grain of salt you’re going to need. The film is entirely ridiculous, often quite boring, with a script showing worrying signs of being cobbled together.

But, even as a longtime Von Trier doubter, I have to admit Melancholia grows on you; there’s a mawkish fascination and some flashes of real visual brilliance, especially in the mysterious series of dream tableaux that begin the film, which take something from both Millais’s painting Ophelia and Alain Resnais’s film Last Year at Marienbad.

Melancholia is billed as a “beautiful film about the end of the world”: both the description and the film itself are as intriguing and exasperating as anything Von Trier has ever done. At his infamous Cannes press conference, in response to a question about German Romanticism and the use of Wagner’s music in the film, twinkle-eyed Von Trier said he sympathised with Hitler, then retracted the remark and has now retracted the retraction: none of these comments are any more serious or unserious than the action of the film itself. The anarchic publicity is part of the effect.

Kirsten Dunst plays Justine, a troubled young woman who is getting married, and Charlotte Gainsbourg is her sister Claire, whose millionaire blowhard husband, played by Kiefer Sutherland, has paid for a grand and expensive wedding reception at a fancy country-house hotel.

Justine’s perfect day is marred by emotional tensions, not least between her estranged parents, formidably but all too briefly played by Charlotte Rampling and John Hurt, and these tensions catastrophically unlock Justine’s own tendency towards depression or indeed melancholia. Perhaps the marriage is, in Shakespearian terms, “ill-starred”, and they, like the rest of humanity, are affected by the gigantic planet supposedly on a course for imminent collision with Earth. It is Claire, supposedly the calm one, who succumbs to hyperventilating panic; for depressive Justine, the apocalypse is an ecstatic relief.

The entire wedding scene, effectively the film’s second act, looks suspiciously like something Von Trier might well have sketched out ages ago, inspired by Thomas Vinterberg’s Festen, and crammed in here to bulk out the film.

The third act is the world’s end itself: a woozy, dreamy, freaky event that is brilliant in its preposterous way, though it is odd that no one considers it necessary to turn on the TV news to find out what’s going on. The best of the film is the brief opening act: a weird hallucinatory montage of moonlit or Melancholia-lit images, which are an exposition of the film’s themes and a distorted premonition of its narrative. They are also an echo of some of the most disquieting images in Von Trier’s Antichrist.

Dunst’s performance has been much admired and was indeed a prize-winner at Cannes. Her descent into an almost zombie-like depression is forceful and very sincere, but it is impossible not to remember that the stunned, glassy-eyed look is something Von Trier has elicited from other leading ladies, including Björk and Nicole Kidman.

At the Bioscope in Johannesburg, Melancholia screens alongside Antichrist throughout the month of March. Go to thebioscope.co.za for more information

ALSO OPENING
The Artist. A movie about the black-and-white silent age of Hollywood that is itself in black and white, and silent but for music, this French-made movie won the Oscar for best picture this year. An older, established star (Jean Dujardin) helps a talented young woman (Berenice Bejo) on the path to fame, only to see his career decline as she hits the big time. The Artist comes as close to perfection as I have ever seen. It is one of those films you yearn to watch again and again — one of the most eloquent movies imaginable. — Peter Bradshaw