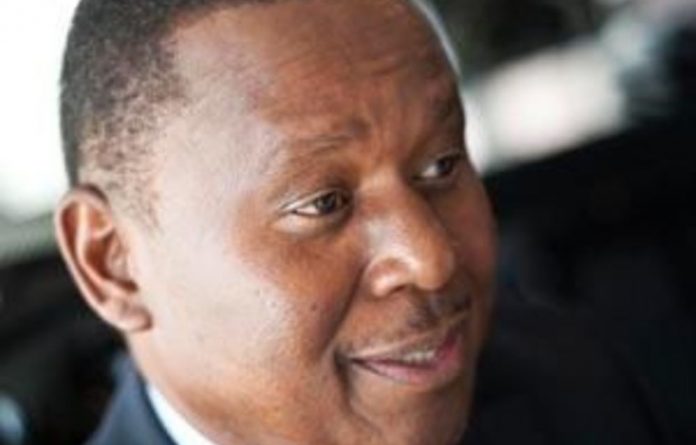 Reverend Frank Chikane raises some important and valid points in his new book detailing the ousting of former president Thabo Mbeki. As readers and thinkers, it is obvious that we will differ about which are the most salient. The mob-frenzy mentality that pervaded the 2008 ANC national executive committee meeting at Esselen Park is clearly a dangerous one, against which the ANC needs to guard. The boorish behaviour of those who called for Mbeki to step down or “ngoku” (be removed immediately), as Chikane writes, is bewildering and troubling.

Secondly, and quite worryingly, is the use and manipulation of the state intelligence agencies for factional battles in the ruling party. State bodies were thought to have been used to pursue cases against those who were considered political enemies, and prominent individuals were spied on.

Espionage is the order of the day in most countries and democracies, as we saw with the WikiLeaks saga, but the extent to which it was used here in the ANC’s internecine strife is of concern. Also, who can we trust when our conversations are intercepted for no reason other than to establish who said what to whom, and how that can be used against him or her and not for the furtherance of any greater good?

From the use of the so-called spy tapes that were used to drop charges against President Jacob Zuma, it is clear what a slippery slope this factionalist espionage can become.

Book flies off the shelves
The way in which Chikane’s book has flown off the shelves also demonstrates what a lightning rod Mbeki continues to be in public discourse in South Africa. It is clear that he is a ghost that will always haunt us, and those in the ruling party who thought they had buried him in political oblivion must be unnerved by the interest the book has generated.

Chikane does not tackle the controversies around Mbeki’s Aids denialism and his perceived mollycoddling of Zimbabwe’s obstreperous rulers. I do not know why people are shocked at this or even raise it as a criticism when analysing the book, because Chikane states quite clearly in the preface that he will tackle these two elements in a later book. I suspect those opining have not read Eight Days in September: The Removal of Thabo Mbeki.

What is quite revealing, though, and worth noting, is the sycophantic way in which Chikane views and treats Mbeki in this book. I know they were close comrades and worked together for several years, but in a critique or appraisal of someone’s leadership there surely has to be balance — or, at least, an attempt to weigh critically the pros and cons of an individual. But there is none of that here. Chikane portrays Mbeki as a saint and servant whom we were lucky to have had.

In one instance Chikane likens Mbeki to Jesus Christ, even though he denies doing so. He compares his own feelings to Mbeki’s exit to how the disciples must have felt after the crucifixion. He uses a quote from the Bible: “He was a prophet, powerful in word and deed before God and all the people; they crucified him but we had hoped that he was the one who was going to redeem us.”

Chikane doesn’t allude much to the Bible
From a man of the cloth like Chikane, it is to be expected that he would quote from the good book and make these allegories. But it is a disturbing reflection and reminder of the cultlike following Mbeki had among his closest associates. The loyalty and commitment of public servants to their president is admirable, but when it is so blind that it venerates an individual as all-seeing and all-knowing, it can be dangerous.

I am grateful to Chikane for his attempt to shed light on those dramatic days, even though he seemed cross and defensive when I attempted to engage him in conversation about his book in an interview this week. No matter. By remembering, he has also allowed us to lift the blinds on a chapter we had closed and that, perhaps, because of its rancourous nature, we had chosen not to dwell on.

Here is my recollection of that fateful day in our history. It rained that weekend in September. The roads leading to the Wild Coast in the Eastern Cape are rocky and bumpy, even when it is dry. When it is wet, the ochre-red soil meshes with the small stones and makes the road muddy and near-impassable. About 100 people had to navigate that road on the Friday evening because Saturday was a seminal birthday celebration of someone they loved. The party was being held at a Wild Coast resort and the mood among the partygoers was a giddy and silly one – not even the stressful drive would dampen their effusiveness.

On Saturday, however, the storm clouds had gathered and a dark and foul black cloud had formed, so dark you could not see the ocean a few metres away. It rained relentlessly. The mood among the revellers was even darker. Phones were ringing endlessly and they were swapping glances of incredulity as it emerged that one of the guests who was scheduled to grace the event with his presence would no longer be attending. His party had told him the party was over. They wanted him to step down. Ngoku.