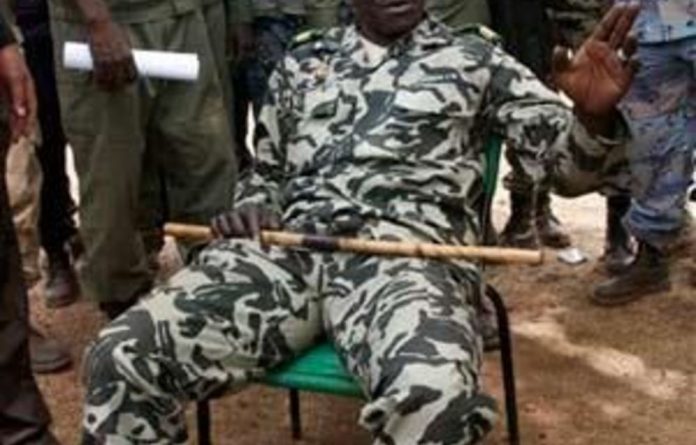 The shock coup attempt by a group of low-ranking soldiers in Mali has prompted swift international condemnation, with the African Union (AU) temporarily suspending Mali, Europe and Canada freezing aid and the United States threatening to follow suit.

A number of South Africans are also believed to be stuck in Mali after the coup d’état in the West African nation, the department of international relations said on Saturday.

“Nobody can go into Mali, the airports are closed and logically it means that there are South African’s stuck there, including our officials who are attached to the embassy,” said spokesperson Clayson Monyela.

Monyela said they did not have a count of how many South Africans could be stranded in the West African nation.

He said once communication channels into the country were opened, there would be more clarity on the number of stranded citizens.

On Wednesday, army troops attacked the presidential palace and seized state institutions, before appearing on television to announce they had toppled the “incompetent” regime of President Amadou Toumani Toure.

The mutineers claim the coup was in reaction to the government’s inability to deal with a desert-nomad Tuareg-led insurrection in northern Mali. The soldiers have now effectively formed a temporary military junta or government led by a committee of military leaders.

Canada cuts aid
Canada said on Saturday it was suspending aid to Mali following the military coup that it condemned as an “attack on democracy”.

Ottawa said it was immediately suspending aid programmes involving direct payments to the Bamako government, while payments made through humanitarian aid agencies and non-governmental groups will continue.

“We call on those behind this coup to immediately withdraw so that constitutional order, peace and stability may be restored.”

Canada is one of Mali’s biggest donour countries, with aid reaching some $109-million last year.

“Given the current climate, it is not possible to distribute Canadian aid dollars effectively and as intended,” said International Cooperation Minister Beverley Oda. “We stand with the Malian people and urge those responsible to put the needs of the Malian people first.”

In a joint statement, Oda and Baird lashed out at the junta’s “illegitimate rule”.

“Given Canada’s long and productive relationship with Mali, we hope this crisis is resolved quickly and that this suspension will last no longer than absolutely necessary,” they said. “But Canada will not in any way back this illegitimate rule.”

As international condemnation poured in against the coup, the United States warned on Friday that its $70-million economic and military aid could be compromised as well if military coup leaders fail to restore democratic rule in the country.

Politicians go into hiding
A lawyer and member of a leading Malian opposition party was briefly arrested Saturday after criticising the coup, his family said.

“Armed soldiers came to the house and arrested my uncle in front of me. They had guns and threatened us. My uncle went with them,” said a relative of Kassoum Tapo, a member of the Democratic Alliance of Mali which has 54 of the 147 seats in Parliament.

Tapo had spoken on behalf of his party against the coup on French international radio RFI on Friday.

“The soldiers also took several of my uncle’s cars. They demanded the keys to the cars and left with them,” the relative said.

Tapo was released shortly after his detention, and told AFP coup leader Captain Amadou Sanogo had apologised for his arrest.

Three other Malian politicians, requesting anonymity, said they had gone underground, fearing they were being sought by armed men.

“I am in hiding. They are looking for me. We are not going to let the soldiers arrest everyone and make off with our country,” one of them told AFP.

Several political parties planned to create a “refusal front” against the coup leaders.

Tuareg rebels strengthened
A Tuareg rebel group said on Saturday it was on the verge of seizing Kidal, one of the main cities in Mali’s north, taking advantage of a power vacuum in Bamako created by the coup.

“Thanks to Allah the almighty and his blessings, we will soon take our land in Kidal,” according to a statement from Islamist rebel group Ansar Dine, which is fighting alongside the Azawad National Liberation Movement (MNLA).

It said the wishes of Ansar Dine (Defenders of Faith) leader Iyad Ag Ghaly — a prominent Tuareg fighter from a rebellion in the 1990s — would soon be realised with the implementation of sharia law “throughout the region.”

The MNLA has distanced itself from the religious demands made by Ansar Dine, seeking only to liberate the Tuareg’s proclaimed homeland stretching over northern Mali which they refer to as Azawad.

The Tuareg launched their first rebellion since 2009 on January 17, boosted by the return of heavily-armed battle-hardened fighters from Libya where they worked for slain dictator Muammar Gaddafi.

Several towns in the northern triangle of the bow-tie shaped nation have fallen as the Malian army was overwhelmed by fighting the desert nomads in their own element.

No official death toll has been released but scores of soldiers are said to have been killed and captured. When the northern town of Aguelhoc was taken in January, France said some 82 soldiers and civilians had their throats slit or where shot in summary executions.

A ball ache
Mali’s upcoming 2014 World Cup qualifier against Algeria will be moved to a third country if the security situation does not improve, Mali’s football federation said on Saturday.

Souleymane Diallo, head of international competitions at the federation, told Algerian radio that the match, due to be played on June 12 in the capital Bamako, would “obviously” be moved “if the social and political situation remained the same”.

But he added: “We’re not at that stage. There’s still more than two months to go before the fixture.”

Diallo, however, said he did not think that the developments would affect the team’s preparations for the match.

Algeria and Mali are in Group H of the second round of qualifying in Africa for the World Cup, which will take place in Brazil in two years’ time. Rwanda and Benin are also in the same group.

Mali, who were third in the last Africa Cup of Nations, take on Benin away in a match scheduled to be played between June 1 and 5 while Algeria play Rwanda at home. — Sapa, Reuters, AFP

Africa partners with the US and Europe to reach vaccination goals