Contest is on between Ibrahimovic and Messi 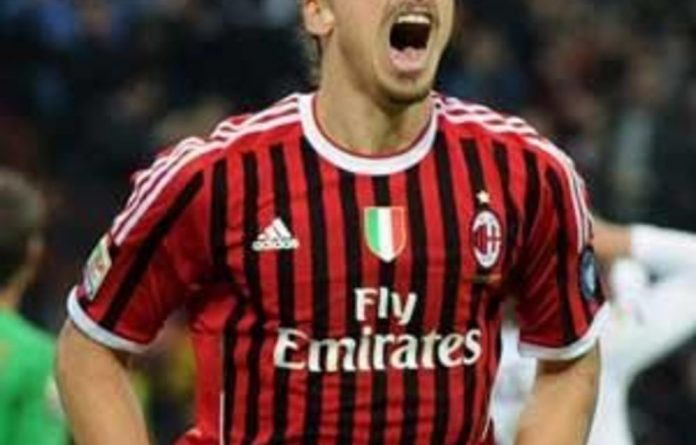 With most fans keeping an eye on Lionel Messi, it will be Zlatan Ibrahimovic that is out to prove something when AC Milan hosts defending champions Barcelona on Wednesday in the first leg of the Champions League quarterfinals.

Ibrahimovic spent an unhappy season at Barcelona before heading to Milan after falling out with coach Pep Guardiola and several of his teammates. But on Saturday, he scored his 29th goal of the season in Milan’s 2-1 win over Roma.

“We have had so many champions, this one seems to me to be one of the best,” Milan vice-president Adriano Galliani said. “It will be a great match.

“Milan has been used to these kind of matches for so many years and I’m happy when Milan fights. Last year we were in battle with Inter, this year with Juventus: the opponent changes, but we are always there. At the end you lose, you win, you draw, but what’s important is to keep the club at the top.”

“If we want to win titles, we have to win these sort of games,” Ibrahimovic said. “We have to think about stopping all the Barcelona players, not only Messi. As they will have to stop all the Milan players, not just me.”

Favourites
Barcelona, which has won the competition twice in the past three years, are the favourites to go through, although they face a stern test against Milan, who are the Italian league leaders and four-time European champions.

Milan were hit by a late blow when defender Thiago Silva limped out of Saturday’s win. The Brazilian will miss both legs of the quarterfinal.

The two clubs have already met in the Champions League this season, in the group stage, with Milan drawing 2-2 at the Camp Nou — thanks to a late equaliser from Thiago Silva — and losing 3-2 at home when both teams were already qualified for the knockout stages.

“We matched them,” Galliani said. “All in all we drew 4-4, and then there was the dubious penalty for Barcelona … We’re not very lucky in the draws, but neither is Barca.”

Milan should welcome back Maxi Lopez and Robinho after the pair missed the weekend’s match with injury. But fellow strikers Antonio Cassano, Filippo Inzaghi and Alexandre Pato are still out.

Dangerous team
Barcelona goalkeeper Victor Valdes feels that will have little impact on the outcome.

“It’s a good moment [to play them] but they are always a dangerous team,” Valdes said. “We saw it in the group phase and they are in good form now. They have some injuries but historically they have always been there in Europe and they have enough important players to replace the injured.

“When you’ve already met in the group phase it can complicate things, like what happened the year we faced Inter Milan. Let’s hope the story changes this time and that the matchup comes out in our favour. Despite their injury problems, Milan is a great team with players who are very motivated at this moment.”

Barcelona have injury problems of their own. Adriano is sidelined and, although Ibrahim Afellay will travel to Milan, the Dutch midfielder is expected to be a game time-decision as he makes a return six months after having knee surgery. — Sapa-AP