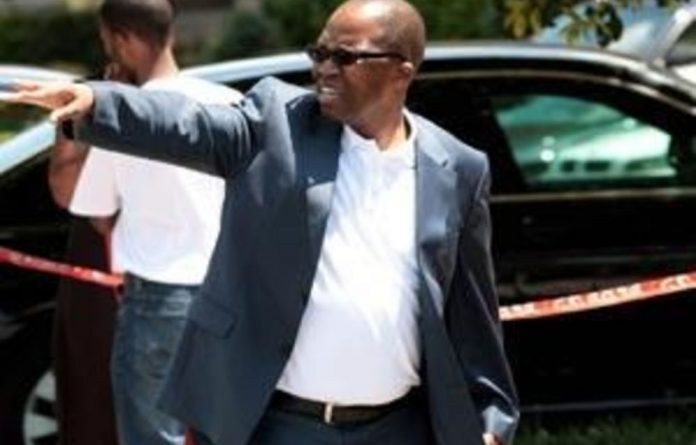 “The delays at the borders are caused by operational inefficiencies, which result in duplication in processes,” Ndebele said in a speech prepared for delivery at the Freight Intra-Africa conference in Pretoria.

“This is a serious cost to the economies of the countries that conduct their trade through [the Beitbridge] border post, in particular.”

Ndebele said Cabinet was looking at establishing a mechanism which would bring border entities under a single command and control structure.

“The ultimate vision is to create one stop border operations to facilitate legitimate trade and travel across the borders.”

The traditional design and layout of the border posts was part of the problem, he said.

“The road infrastructure at the border posts is designed in such a way that it serves a funnel, with narrow approaches which channel all types of traffic to a single lane.

“This is a serious constraint which hampers traffic circulation in and around the border posts,” Ndebele said.

Other challenges relating to traffic circulation were related to the absence of regulations.

Truck stops partly to blame
For instance, there was a tendency to establish truck stops, and other similar facilities, at the entrances.

“They created serious congestion, including safety hazards just outside the border post.”

Ndebele said government was looking into developing a mechanism to regulate truck stops with safety and security standards.

He said the cost of doing business in Africa was very high. This was partly because of high transport costs, high costs of services and the erratic nature of their delivery.

This had already happened at the Zambia to Democratic Republic of Congo Kasumbalesa border post and the Chirundu border. Work was also being done at the Nakonde to Tunduma border post between Zambia and Tanzania.

Ndebele said the Zimbabwean government had signed a concession agreement for the construction of new border post facilities at Beitbridge.

“As the department of transport in South Africa, in the last two years, we have embarked on a project to develop traffic flow optimisation plans through our major commercial border crossings.

“This is one of our contributions towards alleviation of border traffic congestion,” said Ndebele. — Sapa