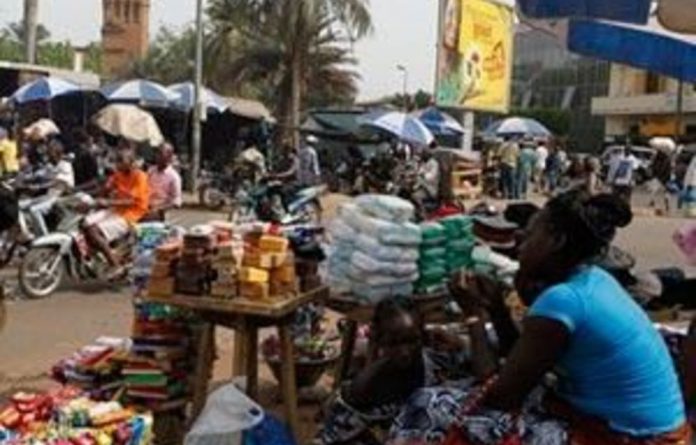 Mali’s junta on Tuesday announced a new Constitution that rules its members out of upcoming elections, seeking to show it will not cling to power as West African leaders from Ecowas planned a mediation visit.

Five days after the internationally condemned military coup that toppled President Amadou Toumani Toure, the junta lifted its night-time curfew and reopened the borders in a bid to show the country was returning to normal.

West African leaders meeting in neighbouring Côte d’Ivoire on Tuesday again denounced the coup — and warned that the region’s troops were on standby if the junta failed to engage in dialogue.

In a statement read out by a soldier on Mali state television, the junta said the new Constitution would guarantee the rule of law and basic human rights in “a pluralist democracy”.

Under the terms of the Constitution, no member of the junta, known as the National Committee for the Recovery of Democracy and the Restoration of the Rule, would be permitted to stand for office.

The coup came just weeks ahead of the first round of presidential elections scheduled for April 29. The junta cancelled that vote and has not yet set a new date for elections.

Adequately equipped
The rebel troops took power on March 22, blaming Toure and his government for not having adequately equipped them to tackle a rebellion by Tuareg desert warriors in the north of the country.

The international community was quick to shun the new regime.

The European Union, the US and other Western powers cut off hundreds of millions of dollars of support — except for emergency aid to drought-hit regions of the country suffering food shortages.

And at an emergency meeting Tuesday in Abidjan, Côte d’Ivoire, the West African bloc Ecowas renewed its call for the immediate restoration of constitutional order in Mali.

The group said it would send a delegation of six heads of state to Mali within 48 hours. It warned too that its regional troops were on standby and the bloc had not ruled out the use of force.

The president of Burkina Faso, Blaise Compaore, was named as the mediator in the crisis, tasked with starting dialogue to restore peace in Mali.

“If the movements do not respect this decision, the bloc will take all measures to put an end to the rebellion and preserve Mali’s territorial integrity, including by the use of force,” the statement said.

Clear message
US state department spokesperson Victoria Nuland said earlier that Washington had spoken with the coup leader and delivered a clear message: “It’s not too late to undo this, to allow the country to return to civilian rule.”

Toure’s situation has been unclear since he was forced to flee when mutineering soldiers shot their way to his palace but France said its ambassador Christian Rouyer had made contact with him by phone.

On the streets of Mali’s capital, businesses reopened and Malians went to work, heeding a call from the military junta.

Streets were choked with traffic as taxis and minibuses took up their usual routes. Pedestrians filled the streets and groups of children headed to school as police returned to directing traffic.

Only a few soldiers were visible but troops blocked lawmakers trying to enter the national assembly which was dissolved during the coup.

That prompted them to hold an “extraordinary session” at the city’s labour exchange to condemn the coup leaders.

“We launch an urgent appeal to regional and international institutions to assist with a rapid return to constitutional order,” lawmaker Mohamed Coulibaly said.

‘Engage in dialogue’
An anti-junta coalition, which includes 38 political parties and several civil society groups, urged the military rulers to “engage in dialogue without delay” and organise “regular, credible and transparent elections”.

Amid the disarray in the capital, the Tuareg fighting for independence have made gains on the battlefield and have so far ignored the junta’s call for a ceasefire and talks.

The Tuareg rebellion, strengthened by well-equipped fighters returning from Libya where they fought for slain dictator Muammar Gaddafi, seem confident of further gains in the northern region they call Azawad — their tribal homeland.

Several northern towns have fallen since the Tuareg launched their rebellion in mid-January and the fighting has forced some 200 000 to flee their homes.

That has compounded the growing humanitarian crisis in the region, which is facing severe food shortages after a drought. — Sapa-AFP

Mass rape, amputations and killings — why families are fleeing terror in Mali

Mali’s military wives protest for release of their husbands