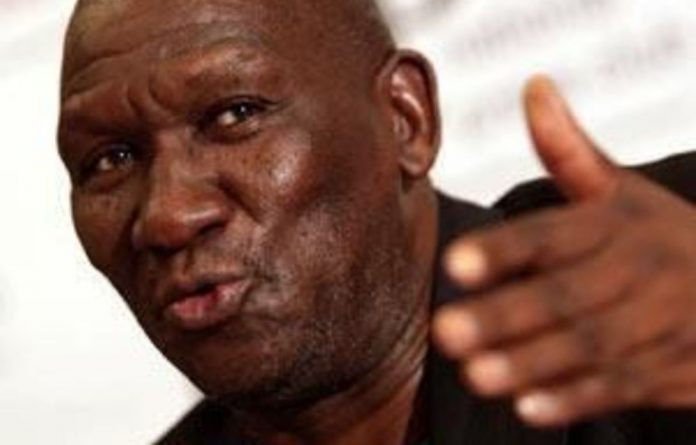 Embattled police chief Bheki Cele breached procurement procedures by taking part in the “flawed leasing” of two buildings earmarked for police accommodation, the board of inquiry into allegations against him heard on Monday.

“General Cele wanted that particular building [Sanlam Middestad] to be procured for the police. He identified the building and went ahead to become an active participant in the leasing,” said Madlanga.

“If he seriously has this attitude with regards to supply chain management, with all the respect that is due to him, we submit that he is a menace when it comes to compliance with the Public Finance Management Act and treasury regulations.”

Madlanga said there was an “unexplained relationship” between Cele and Shabangu, which made Cele “compliant to all things Shabangu said”.

The unexplained relationship was an undeclared conflict of interest, he submitted.

Corruption
“Despite having signed a document authorising the procurement of 21 000 square metres, General Cele was going along with his purpose, which was to meet Shabangu’s needs,” said Madlanga.

The space requirement was amended to 25 000 square metres.

This was up to the inquiry to decide, he said.

“General Hlela’s role was to give evidence and the board is mandated to decide on that,” he said.

Madlanga said Cele had acted dishonestly by not telling Hlela, the former police procurement head, the name of the person who was going to call him about the accommodation procurement.

“It was a calculated move by General Cele. He did not tell General Hlela that Mr Shabangu owns a building and he will call you to discuss procurement processes.

‘Cagey’
“He was a bit cagey about the identity of the person who would call. That is why he didn’t say who was going to contact General Hlela.

“General’s Cele’s approach [in relation to the two leases] seems to be that he does not have any insight to his responsibilities. He must make sure that from any angle, he is not party to any improper procurement process.

“In this case, he did not only partake in the procurement process, he actually initiated and participated at every step of the way.”

Madlanga said that apart from misconduct, the “gross breach of the Public Finance Management Act alone warrants the board to recommend Cele’s removal from office”.

He argued that the South African Police Service, as an interested party in the accommodation procurement lease, “cannot wash its hands and let the responsibility of stopping the horse from bolting” fall to the public works department alone.

Madlanga said Cele had tried to “wiggle himself out” of responsibility during public protector Thuli Madonsela’s probe into the leasing of Transnet building in Durban.

“The public protector, however, managed to puncture holes throughout his [Cele’s] testimony. She demonstrates that his version was lacking in truthfulness,” said Madlanga.

He criticised Cele’s evidence that he had invited the Special Investigating Unit to investigate when he realised that there was improper conduct in the police procurement chain.

The board of inquiry, appointed by President Jacob Zuma and chaired by Judge Jake Moloi, is mandated to establish whether Cele acted corruptly, dishonestly, or with an undeclared conflict of interest in relation to two police lease deals signed with Shabangu.

It also has to determine his fitness to hold office, and his capacity to efficiently execute his duties.

Such misconduct could warrant a recommendation for his dismissal. — Sapa