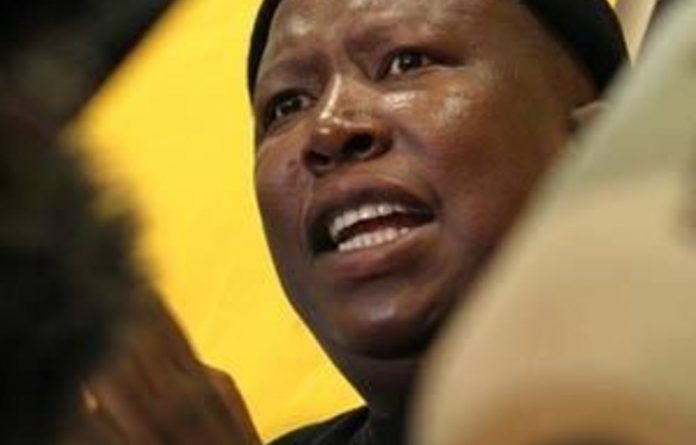 Embattled ANC Youth League president Julius Malema has been summarily suspended from the ANC following his remarks made at Wits University on Friday evening that President Jacob Zuma was a dictator.

This suspension does not form a part of the disciplinary process against Malema that resulted in his expulsion, a sentence he is currently appealing.

The ANC formally confirmed the summary sentence after the Mail & Guardian reported on Wednesday morning that the party’s national disciplinary committee (NDC) had decided to impose the suspension on Malema, effective immediately.

This means that Malema is forbidden from attending any ANC meetings, including those of the national executive committee and national working committee, of which he is a member.

He is also now prohibited from attending meetings of the Limpopo provincial executive committee, to which he was elected in December.

In the letter, the NDC told Malema that his suspension did not affect or negate the appeal process against his expulsion.

Malema’s appeal hearing is expected to start on April 12. — additional reporting from Sapa