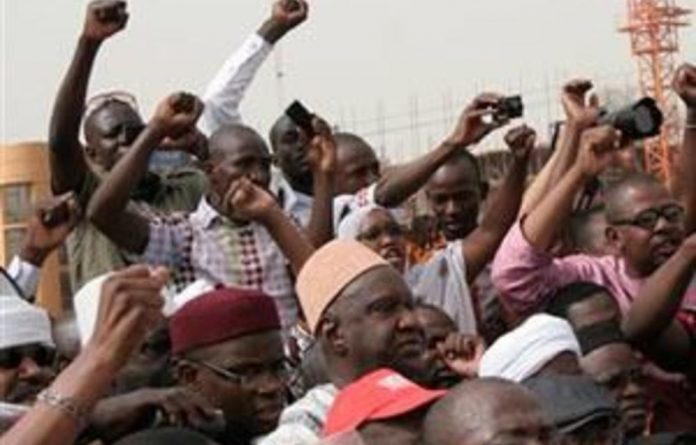 Mali’s parliamentary speaker will be sworn in as interim president on Thursday, ending a brief period of military rule that saw Tuareg rebels and Islamists seize half of the West African country.

The Constitutional Court formally approved the weekend resignation of President Amadou Toumani Toure, who was ousted in a March 22 coup by junior officers demanding more resources to combat the rebel offensive.

In certifying that the presidency had been vacated, the court said in a ruling that the speaker, Dioncounda Traore, will be “the interim president of the republic”.

A source close to the constitutional court said the swearing-in would take place on Thursday at 9am GMT, restoring civilian rule in the troubled state, which is also facing an escalating humanitarian crisis in the north.

The 15-nation Economic Community of West African States (Ecowas) hit the junta with tough sanctions after the coup, while a motley crew of rebel factions took advantage of the political chaos and seized strategic towns across the north, including legendary Timbuktu.

In exchange for lifting the sanctions Ecowas forced the junta to accept a transition deal that called for Traore to become the civilian head of state charged with organising elections in one of the world’s poorest countries.

Ecowas also obtained from the junta “an agreement in principle” to release nine members of the former regime arrested during the coup, including at least five ministers, perhaps as soon as Thursday, Côte d’Ivoire’s minister for African integration, Adama Bictogo, said.

Tuesday’s court ruling stated that a vote must be held within the next 40 days. Toure was not a candidate in elections that had been scheduled for April 29, which were cancelled following the coup.

National unity
An interim prime minister will also be appointed to head “a government of national unity”, according to the terms of the Ecowas deal.

But several observers believe the junta will try to install its loyalists in key ministerial posts like defence as the army tries to reverse the rebels’ dramatic advance across Mali’s desert north.

The Azawad National Liberation Movement (MNLA), a key Tuareg rebel group, last week proclaimed the independence of the northern region they call Azawad, a move rejected by the international community as well as by the Islamist Ansar Dine, which controls some towns.

The UN Security Council on Monday expressed deep concern at the growing “terrorist threat” in Mali.

In a statement, the 15-nation body noted “the presence among the rebels of members of al-Qaeda in the Islamic Maghreb,” or AQIM.

The council also condemned the April 5 kidnapping of seven Algerian diplomats in the northern town of Gao, claimed by a breakaway al-Qaeda faction called the Movement for Unity and Jihad in West Africa (MUJAO).

A regional deputy and a security source said on Monday that some 100 members of Nigeria’s Boko Haram sect were among Islamists controlling Gao.

West African neighbours are nervous about an Islamist-controlled northern Mali becoming a rogue state that would promote extremist ideology around the region.

Ecowas has raised the prospect of sending a force of up to 3 000 men to try to reclaim northern Mali, but security sources say the bloc must first clearly define the mission’s mandate.

“Is stabilisation or the recapture of the north the objective?” a Western security official in the region said.

Some also question whether the bloc has the technical and logistical capabilities to mount a desert campaign.

As Mali’s incoming interim rulers grapple with emboldened rebel forces, they will also face a worsening humanitarian situation in the north, hit by drought and acute food shortages.

“The situation in the three northern regions is dramatic. There are no more hospitals and hunger is growing … The international community must intervene,” Sidibe said.

Several hundred people, escorted by police, joined a rally in Bamako on Tuesday calling for the “liberation” of northern Mali. — Sapa-AFP