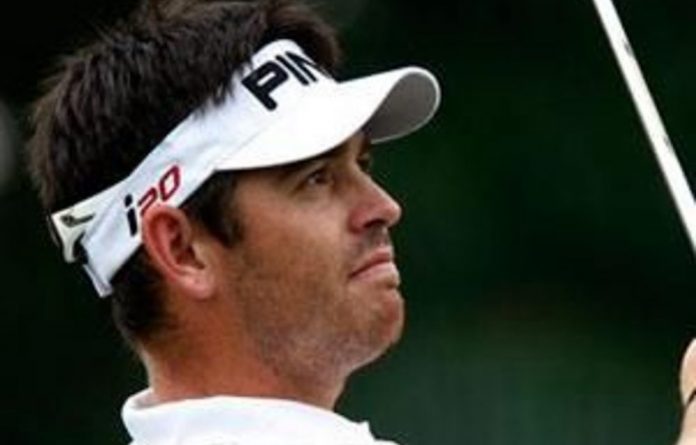 South African golfer Louis Oosthuizen shrugged off a devastating playoff loss in the Masters seven days prior, as he soared to a three shot victory in the Malaysian Open on Sunday.

After a 30-hour journey from Augusta, Georgia, King Louis, accompanied by his wife and children, battled jet lag in a weather-affected Malaysian co-sanctioned European tour event, where there were storm delays on Friday and Saturday.

Oosthuizen ended on a 17 under total ahead of Stephen Gallacher of Scotland on 14 under for the week.

It was the third week in a row that Oosthuizen could have won, but this time he was able to close the deal in emphatic fashion.

The man from Mossel Bay, with his second win on tour of the season, now moves to second on the European Tour moneylist behind Northern Irishman Rory McIlroy.

“It probably would have been if I had the green jacket,” Oosthuizen quipped in response to 2012 being a huge year for the South African in his post round television interview.

“I thought I was going to be a lot more tired. I played well, the game was there so it made it a lot easier.

‘A bit up and down’
“I had a good week. This morning was probably a bit up and down not doing too well, but then I just settled in a bit for the second 18.”

With a one shot lead for most of the day, Oosthuizen made birdie at the difficult par four 13th hole coming down the stretch, and it proved to be the turning point on his way to victory.

“I had a seven iron in my hand and then the wind changed so I went to an eight, which I could commit myself to, and I hit a beautiful shot and made the putt.

“I knew I needed to just get two ahead and attack it a little bit more, and then you know I made another good one [birdie] on 16.”

Oosthuizen said the 2010 Open victory spring-boarded his game to the level it was now, but it had taken time after battling injury.

“I think that helped me a lot to get my game where it is at the moment.”

The smooth-swinging South African, responding to the nickname “Shrek”, has already been tipped as “technically the best swing out on tour” by Australian Geoff Ogilvy, and he mentioned the hard work he has been putting in on his game.

Added confidence
“I’ve been working quite a bit with my coach Pete Cowan, and getting my swing where I want it to be.”

With the win and the added confidence that comes with it, Oosthuizen made a point of targeting the big events on his schedule.

“I had a good week last week, and I’m looking forward to the next majors, The US Open and the TPC [Players Championship] in three weeks.”

The 2011 Master champion Charl Schwartzel ended in sixth position on his own on 11 under, while fellow South Africans accompanying Oosthuizen in the final group, Henni Otto (tied seventh) and J’be Kruger (tied 11th) finished on nine and eight under respectively for the week.

Branden Grace was further down in a tie for 40th on two under, Peter Karmis was in 56th position on one over and Keith Horne was in 71st spot at eight over par. — Sapa

Proteas: Kallis can’t be picky about when he plays, says Gibbs