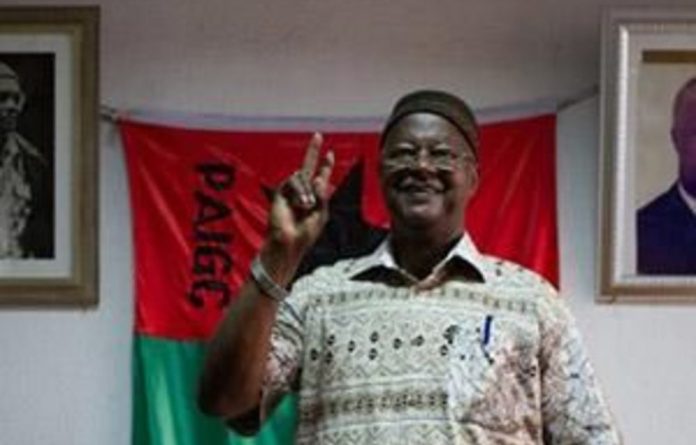 The Guinea-Bissau army and opposition parties have agreed to set up a transitional body to run the country ahead of talks on Monday with the Economic Community of West African States (Ecowas), which has denounced the recent coup.

The news came before shortly before the new junta said on Sunday it was closing all air and sea borders. That move was prompted by former colonial power Portugal’s announcement that it was sending two navy ships and a military plane for a possible evacuation of its nationals.

The “military command” said in a statement that it had decided to shut down all air and sea access, without saying how long the measures would remain in place.

On the political front, all existing institutions will be dissolved to make way for a national transitional council, Fernando Vaz, a spokesperson for the opposition parties, said.

The size and composition of the council and the length of its mandate will be determined at a meeting on Monday between the political parties, which will then take their proposals to the junta, he added.

The decision was reached at a meeting between the coup leaders and the leaders of 22 of the 35 parties that had made up the opposition to the government that was toppled last Thursday.

Two committees have been set up to run the country in the period leading up to the creation of the transitional council: one would handle diplomatic affairs; the other social issues.

Elections should get back on track
The diplomatic committee will meet on Monday with delegates from Ecowas, which has already denounced the coup and called for a return to constitutional rule.

The West African bloc has said that a presidential election, which the coup interrupted between the first round and a second-round run-off that had been scheduled for April 29, should be put back on track.

The final round had been due to take place between the then prime minister Carlos Gomes Junior and ex-president Kumba Yala.

Even before the coup however, Yala and other opposition leaders had denounced as fraudulent the result of the first round, which Gomes won comfortably, and had called for a boycott of the rest of the election.

The junta leaders have said they are holding both Gomes and Yala.

Under the terms the military set out to the opposition parties, the new arrangement with the former opposition specifically excludes the former ruling African Party for the Independence of Guinea-Bissau and Cape Verde, which has led the country for almost 10 years.

In a sign of resistance to the coup leaders, the National Union of Workers of Guinea-Bissau which represents mainly public sector workers, issued a call for a general strike on Monday to protest the coup.

Leaders
Earlier on Sunday, soldiers broke up a demonstration by about 30 people in front of the national assembly, where the talks were being held.

The new junta is setting the terms of the new administration and has told opposition parties that it will keep the defence and interior ministries in any new government.

Ostensibly, this military junta is led by army vice-chief of staff Mamadu Ture Kuruma after the announcement on Friday that detained army chief-of-staff General Antonio Indjai had also been deposed.

But two sources from the opposition parties said Indjai had attended their first meeting with the coup leaders on Friday.

On Saturday Mamadou Djalo Pires, foreign minister of the ousted government, had dismissed as a “farce” the claim that Indjai had been pushed aside.

Speaking from Lisbon at a meeting of the Community of Portuguese Speaking Countries, Pires accused Indjai of being behind the coup.

Some observers in Bissau also saw Indjai’s apparent downfall as a ruse to shield himself from liability, particularly as Angola had threatened to report the putschists to the International Criminal Court.

‘Secret deal’
The junta justified its coup by claiming that there had been a “secret deal” with Angola to undermine the army. It also announced on Saturday an accord with Angola on the departure of its 200 soldiers stationed in Bissau.

But on Sunday, Angolan sources in Bissau said no transport has been sent from Luanda to repatriate the troops and that Ecowas was hoping that their mission would be extended.

On Sunday Portugal said two navy ships and a plane were on the way to West Africa to prepare for any eventual repatriation of Portuguese nationals from Guinea-Bissau.

This prompted the move to close Guinea-Bissau’s air and sea borders.

“Non-authorised Portuguese ships will not enter into our territorial waters. Guinea Bissau is a sovereign nation,” said Vaz.

According to Lisbon, between 4 000 and 5 000 Portuguese are currently in the country.

Since gaining independence in 1974, Guinea-Bissau’s army and state have remained in constant conflict, and no president has completed a full term in office. Three have been overthrown and one assassinated.

The tiny country with a multitude of islands has become a major transit point for cocaine from Latin America to Europe, and Washington has accused some senior military figures of involvement in the illicit trade. — AFP