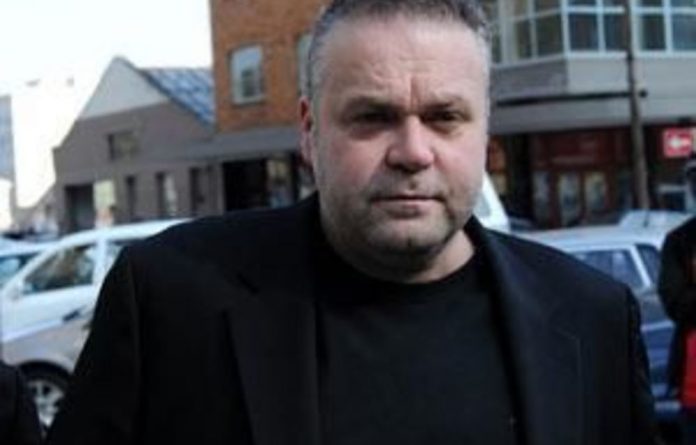 The fraud trial of Czech fugitive Radovan Krejcir was put on hold this morning, after the state provisionally withdrew the fraud cases against him pending the outcome of a court application brought by the state’s main witness.

Krejcir is accused of fraudulently claiming a R4.75-million dread-risk insurance payout from Liberty Life last year, based on a falsified medical report submitted by his then-urologist Dr Marian Tupy.

The charges were provisionally withdrawn due to an application brought to the South Gauteng High Court in Johannesburg last week by Tupy, the state’s main witness in this matter. Tupy wishes to review the plea bargain process that led to an agreement reached with the state last year, in which he pleaded guilty for his role in Krejcir’s fraud case.

State prosecutor advocate Riegel du Toit told reporters that Tupy wanted his conviction set aside so that he may keep his medical licence, although Du Toit said that Tupy still stood by the statement he made against Krejcir.

Czech-born urologist Tupy told the Health Professions Council of South Africa in a letter last year that he was planning to launch a review and an appeal against his conviction for insurance fraud.

Krejcir fighting extradition
Krejcir has been convicted in his home country on fraud and corruption charges, and is fighting attempts by the Czech government to extradite him by filing for refugee status in South Africa.

Krejcir is due in court in Pretoria next week where he is facing charges linked to an armed robbery that happened there last year.