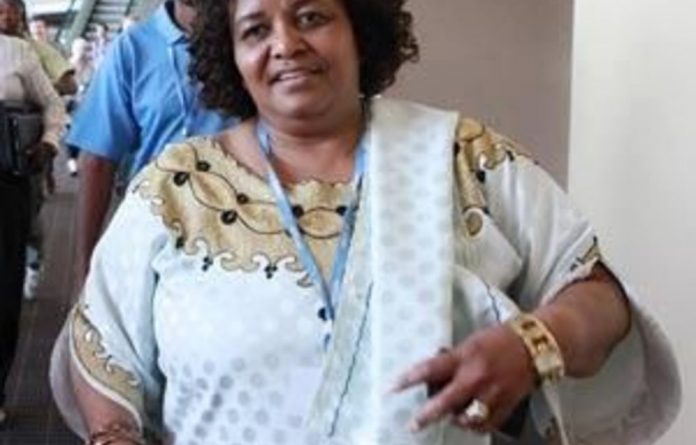 Over R570-billion will be needed for investment across South Africa’s water value chain, in the coming 10 years, according to Minister for Water and Environmental Affairs Edna Molewa.

The money is needed to pay for water resources infrastructure, water services and water conservation and demand management across national government, municipalities and the country’s existing 12 water boards.

The vast funding needs raise the probability that water tariffs for consumers are likely to rise in the coming years.

Molewa was speaking at a briefing in Cape Town on the progress being made in her department’s turnaround strategy.

The figures form part of a long-term investment plan currently being finalised by the department, according to its chief operations officer Trevor Balzer.

At current funding levels this represented a rate of 44%, he said.

In other words this represented a 56% shortfall in funding over the next 10 years of around R320-billion.

“We’ve really got to ramp up to meet that target,” he said.

But Molewa said the gaping funding gap did not represent a “train smash”.

The government has identified water as a critical resource, she said. Through the presidential infrastructure co-ordinating committee, critical projects would be elevated for funding.

The department also did a number of projects off budget, such as the Lesotho Highlands Water Project, where the private sector partners played a role.

Similarly plans to create the R20-billion Umzimvubu dam, announced during President Jacob Zuma’s State Of The Nation speech was likely to include private sector role players she noted.

The amount of money needed does raise the spectre of increased water prices for consumers.

The department is currently undertaking a tariff review, in a bid to standardise the tariffs set across various sectors, which will be finalised by the end of the year.

Once this was done an increase in water tariffs was “probable”, said Molewa.

“It is very clear that we are going to have a lot of money needed,” she said.

“When you have a lot of money that needs to be repaid, it goes without saying that the costs are likely to be very high, and therefor the charges that have got to be paid may also be high.”

But she declined to say more as discussions were in their early stages.

In reply to a parliamentary question from the Democratic Alliance last month, Molewa noted that municipal debt to the 12 water boards has sky-rocketed to over R2.1-billion as of December last year.

This was against annual sales by the water boards of around R8-billion in total sales.

Molewa said that in some cases, interest on the debt to these bodies had to be written off, but the principal debt however had not.

The department could not give immediate figures regarding how much debt had been written off against which municipality.

The department has also been criticised for its poor handling of water license applications with delays impacting on industrial and mining developments.

The department had made marked inroads into the backlogs however said Molewa.

From the launch of its Letsema project in January 2010 it has reduced outstanding applications to the current 470. The department had finalised 3263 licenses from April 2010 to March 2012, while the 470 current backlog was being processed alongside 509 new applications received in 2011 and 2012.

There were however new applications being received all the time. But “strategic ones” were being handled simultaneously to the backlog said Molewa.

As part of the turn around, a Business Process Re-engineering Committee (BPRC) was set up to address these and a number of other challenges that have plagued the department.

One of the recommendations by the BPRC was that the 12 water boards be reduced through merging them with others.

The intention was to build fewer, stronger and more financially viable bodies.

The BPRC also looked at infrastructure and asset management improvement in the course of its work.

Interventions had already been introduced to address problems in this arena.

They include the capturing 90% of water assets on the department’s SAP systems; the development of a mechanism for continuous asset evaluation, and the investigation of all the department’s current lease agreements.

This entailed cooperation with the department of public works in the examination of 15 major leases, to ensure that they are market related and not open to legal dispute, according to the department.