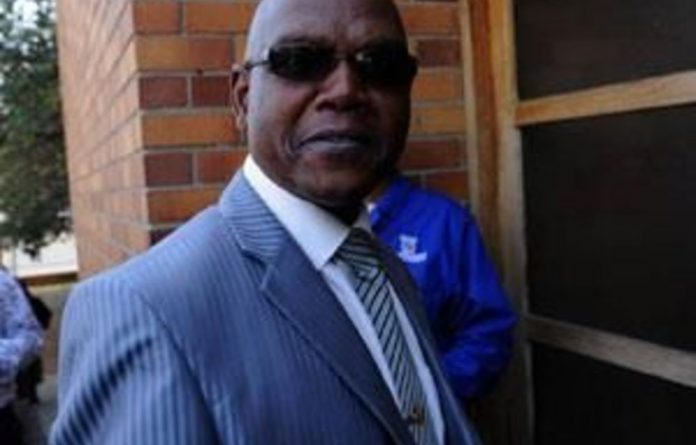 The chairperson of Parliament’s portfolio committee on police on Tuesday called into question the integrity and competence of South African Police Service (SAPS) senior management.

Speaking ahead of a briefing on the police’s strategic plans for 2012/13, Sindi Chikunga asked acting national police commissioner Nhlanhla Mkhwanazi which of his delegation she could trust.

“The head of crime intelligence — our hope in fighting crime in this country — is alleged [to be involved in] serious misconduct … What is the feeling … when the most senior people in [the police] are suspected of being involved in criminal conduct such as this?

She said some of the serious allegations levelled against some senior members of the police service “manifest a flagrant violation of the moral integrity expected of police members or conduct unbecoming that of a police member”.

Exposed by the media
About two dozen senior police officers were present at Tuesday’s briefing.

Chikunga noted that many of the facts coming to light in cases against senior members were being exposed by the media.

“I’m worried about what this means about the senior managers in this department, who are not able on their own to pick up these matters and correct them,” she said.

Chikunga called on Mkhwanazi to provide clarity on the cases she had highlighted.

Embarrassment
Responding, Mkhwanazi said he had to respect a court’s reinstatement of Mdluli, following his earlier suspension from the police.

Mdluli was suspended last year for alleged murder and fraud but reinstated, following the court ruling, at the beginning of the month.

Mkhwanazi, who earlier admitted to being “embarrassed” by the various scandals involving senior police officers, said an investigation into allegations of corruption against Mdluli was ongoing.

He declined to elaborate further, saying the process was underway.

The Congress of South African Trade Unions on Monday called for a judicial commission of inquiry into corruption allegations implicating Mdluli, as well as Police Minister Nathi Mthethwa.

The matter has to do with alleged abuse of the police’s secret service account, among other things. — Sapa