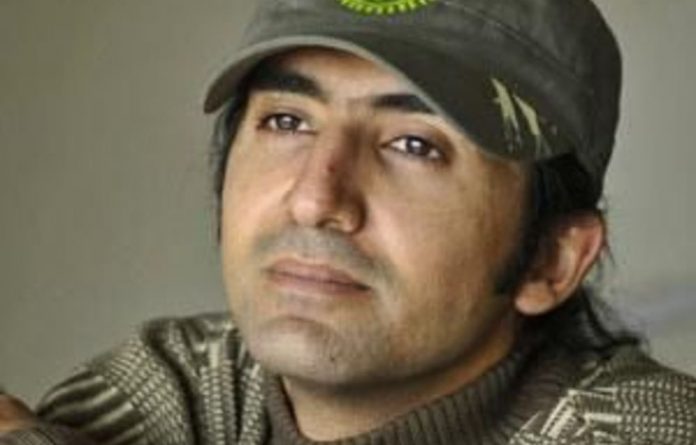 Afghan photographer Massoud Hossaini of Agence France-Presse (AFP) was awarded a Pulitzer Prize, the most prestigious US journalism prize, in the breaking news photography category for what the Pulitzer committee called on Monday a “heartbreaking image of a girl crying in fear after a suicide bomber’s attack”.

Hossaini said he was pleased to receive the news, but said the image of the horrified girl, standing surrounded by the bodies of her relatives after last December’s suicide strike in Kabul, Afghanistan, brings back such painful memories that he now avoids it.

“This is not just about winning an award because I know I have become a voice for the Afghan people and those who lost their lives in the suicide attacks and for all victims of the war,” he said.

“I don’t look at it any more because my heart beats faster and it brings back the emotions of that day.”

“I know that whoever sees this photo will think about the photographer but I hope they don’t forget the pain Afghanistan’s people have in their life.”

‘It’s my job’
Hossaini was just metres away when the bomb went off on December 6 2011 at a religious festival at a Kabul shrine, killing at least 70 people.

“I saw everybody running away from the smoke. I sat up and saw my hand was bleeding but I didn’t feel any pain,” he said after the bombing.

“It’s my job to know what is going on so I ran in the opposite direction to everybody else.”

Hossaini has said he sees Afghanistan “as an outsider because I didn’t grow up here. Most people see war in their normal lives but I never had that in Iran. Here, everything is war. I never saw that in my childhood.”

He added: “I feel people. I cry with them. I feel pain with them. I move with them. I’m part of them. Before, I was just a photographer and they were people, they were my subjects. Now I say they are my subject but also I’m with them and I’m from them. Whatever pains them pains me also.”

Who’s Hossaini
Hossaini, who won the first Pulitzer for AFP, has lived much of his life in the shadow of war.

Born in Kabul on December 10 1981, two years after the Soviet invasion, Hossaini was just six months old when his family joined what would eventually be an exodus of millions fleeing Afghanistan for Iran.

Hossaini’s family was forced to leave his homeland following the arrest of his father by the Afghan communist authorities.

In Iran, Hossaini joined the Reformists Movement as a political activist and decided to become a photographer, travelling to the city of Mashhad to photograph Afghans who had made the same trek out of the country as his family.

Following the September 11 attacks on the United States and the overthrow of the Taliban, Hossaini returned to Afghanistan in 2002 and joined a cultural centre funded by National Geographic photographer Reza Deghati.

He joined AFP in 2007 and since then has covered Afghanistan’s escalating war against Taliban insurgents in all its bloody forms — from suicide bombings and firefights in the capital to embeds with the Nato military — with courage and dedication.

When explosions and gunfire were heard near the AFP Kabul office last Sunday, as Taliban militants launched an 18-hour assault on the capital, Hossaini and fellow AFP photographer Shah Marai ran for the cars and headed for the action — as they always do.