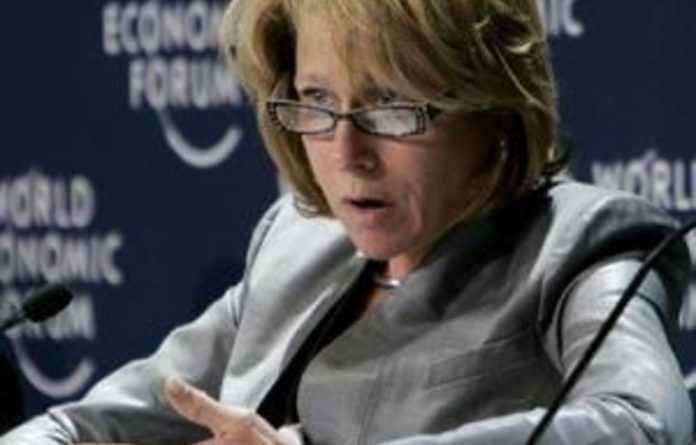 A South African miner who claims he contracted tuberculosis as a result of digging gold on behalf of Anglo American will use the FTSE 100 company’s annual meeting on Thursday to demand compensation.

Daniel Seabata Thakamaka (66) will represent more than 1 200 former miners who are suing Anglo American for allegedly failing to provide protection from dangerous levels of dust created by deep-level gold mining between the 1960s and 1990s.

The miners claim that Anglo American South Africa (AASA), a subsidiary of the UK-listed parent, is responsible for them developing silicosis, an incurable lung disease that often leads to tuberculosis. The condition, which is similar to asbestosis contracted by asbestos workers, has been described by South African mining medical expert Prof Tony Davis as a “river of disease flowing out of the South African gold mines”.

Leigh Day, the law firm representing the miners — many of whom cannot read and write and signed up to the class action with a thumb print — said the number of claimants could rise to tens of thousands and a potential payout could be worth hundreds of millions.

Anglo denies any liability and points out that it was only a minority owner of the mines and does not currently have any stake in them. It is also disputing the right of the miners to bring the case at the High Court in London because the case is against AASA, headquartered in South Africa. A decision on the jurisdiction of the case is expected on May 9.

Thakamakau, who started mining gold deep underground when he was 19, said he will ask Cynthia Carroll, Anglo American’s chief executive, to “find it in her heart to support the miners and our families, and continue to support our families when we are dead”.

He said: “While Anglo became rich from the work that we did on their mines, we are now suffering. I have no money and I cannot afford to get medical treatment. All we are asking is for the company to provide medical assistance and our fair compensation.”

‘Always burning’
Thakamakau claims that less than 15 minutes after explosions were set off to open up new areas of the gold mine, he was sent in to dust-filled tunnels without any respiratory protection, which is against industry best practice. “One day I complained about the amount of dust to the foreman, who called the white boss. He said: ‘Do the job or go home.’ I continued to work as there was no other option to provide for my family.”

Thakamakau, who was paid R1 000 (about £100) a month, said he is one of the lucky ones, despite finding it difficult to breathe because his chest is “always burning”.

“Three of my five close friends from the mine have already died from the condition,” he said. “About 70% to 80% of families in my area are headed by women because the men have died, often as a result of mining.”

Thakamakau, who spoke to the Guardian via a translator, said that Carroll’s £2.2-million total pay package last year “shows that they can afford to help”.

Richard Meeran, a partner at Leigh Day who is bringing the case on behalf of the miners, said three out of 18 claimants in a separate legal action in South Africa have already died from the condition. “Anglo have examined the other 15, and five were hospitalised immediately,” he said.

Meeran said AASA recruited hundreds of thousands of labourers from across South Africa, Lesotho, Botswana and Malawi during apartheid. He claims that white managers were rarely sent down deep mineshafts and were provided with considerably more respiratory protection than their black colleagues.

‘Flagrant disregard’
Meeran said the threat of silicosis, particularly from gold mining, has been “known for a century” and claimed the miners are the victims of the industry’s “flagrant disregard for the health of its black workers”.

“[Anglo] has accumulated massive profits on the backs of black miners, if they are really good corporate citizens — as they claim — they should give assistance to their miners,” he said.

Meeren said the case was similar to a successful action against UK multinational Cape over South African miners’ exposure to asbestos.

Peter Bailey of South Africa’s National Union of Mineworkers claimed Anglo has “done absolutely nothing” to help the miners: “It’s time to stop the talking about its moral values, and do something.”

A spokesperson for Anglo said that while the company contends that it is not in “any way liable” for the claims, it had the “deepest sympathy” for those miners contracted silicosis.

“Anglo American’s absolute priority has always been to ensure that our people return home safe and well at the end of every working day and working lifetime. Anglo American does not believe that it is any way liable for the silicosis claims brought by former gold workers and is defending the actions. We do have the deepest sympathy for those miners who have contracted silicosis and we fully support initiatives of the mining industry, labour and government to ensure that sufferers of silicosis receive the proper treatment and statutory compensation and that silicosis amongst mineworkers is ultimately eliminated altogether.” —