Treasury steps in to support tolls 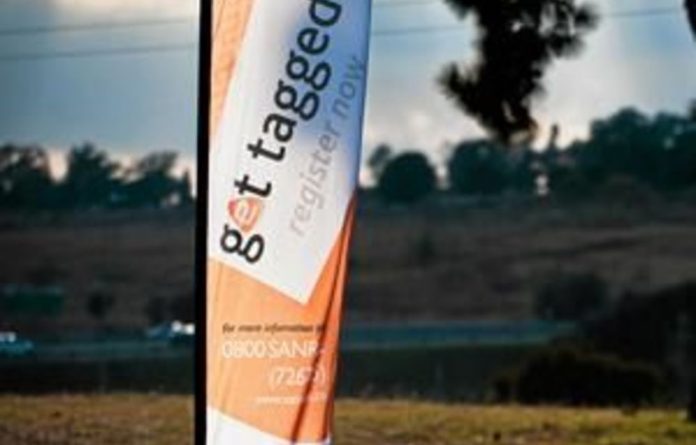 Any way you slice it, it is clear the contentious 185km stretch of Gauteng roads subject to e-tolling will cost South Africa a great deal of public money — whether it comes from the pockets of motorists or from treasury’s coffers.

It is no wonder then that, amid a dire public outcry, this arm of government has muscled its way into the court proceedings to help the South African National Roads Agency Limited (Sanral) to block an interdict against the contentious tolling of Gauteng highways.

On Wednesday, Judge Bill Prinsloo ruled that the matter was indeed one of urgency and would be heard before 30 April when e-tolling is scheduled to begin.

Dire consequences
Early this week, the treasury was granted leave to participate in the proceedings. It has warned that, should the project be halted, the repercussions will be dire.

Andrew Donaldson, the treasury’s acting director general, said in his affidavit that the R20-billion in funding for the Gauteng Freeway Improvement Project was procured from the money markets by issuing bonds through its domestic medium-term note. These are effectively repayable loans and R19-billion of that debt, in respect of the first phase, has been guaranteed with public money by the government acting through the treasury. “Should Sanral fail to implement [the freeway improvement project], that is, should it fail to collect tolls from April 30, it will be an event of a default triggering the immediate repayment of the entire loan,” he said. “In practice, this will mean that the guarantee stands to be called upon.”

The consequences, Donaldson said, could be serious because the credit rating of Sanral would be severely affected. The credit rating for South Africa, and therefore the government’s ability to raise sovereign debt, would also be in jeopardy.

Wayne Duvenage, chairperson of the alliance, said the default claim was a “nonsensical argument” because treasury would quickly fund Sanral in this regard to prevent triggering the full repayment.

Tim Harris, the Democratic Alliance spokesperson for finance, said the exposure to public finances in this case was unfortunate because the government was now unable to assess the project on its economic merits because it was “carrying the can” financially. “The bottom line is that treasury should have thought through this implication when they reviewed the Public Investment Corporation’s decision to invest R17-billion of government pensions in the project.”

Duvenage estimates that, apart from the R20-billion in funding, the public will pay more than R120-billion over the next 20 years. “This is obviously a cash cow.” He said the interdict was vital because the tolling would be a lot harder to halt once “the horse has bolted”.

But Donaldson said the tolls had to go ahead because, should the court find the levying and collection of tolls invalid, those who had paid would be entitled to claim reimbursement from Sanral.

Defending the tolls
He again supported the choice for user-pay financing: “The Gauteng Freeway Improvement Project is a major investment programme that generates benefits to its users, and it follows from ordinary public finance principles that the investment and ongoing operating and maintenance costs of it should, through some form of benefit charge, be recovered from its beneficiaries.”

The treasury’s difficulties with the project became evident in February’s budget speech when Finance Minister Pravin Gordhan announced that the government would contribute R5.7-billion to the project to bring tariffs down at a time when it could ill afford unforeseen allocations.

Gautengers complained loudly and bitterly, marched through town with Cosatu to demand that the tolls be axed and drew the ire of the government for their threats of public disobedience. Then the government told them to shut it and, despite all the big talk, it seems that they did.

The South African National Roads Agency Limited (Sanral) said that by mid-March more than 320 000 e-toll accounts had been registered. Salahdin Yacoubi, chief executive of the Electronic Tolling Collection consortium, has reportedly estimated the figure to be closer to 700 000.

As the April 30 implementation date drew nearer, motorists started streaming in to e-toll customer service kiosks in Gauteng shopping malls to get tagged. Because that is what South Africans do. We complain and complain and then, at the last minute, we comply.

At 10:30 on Wednesday morning, there were about a dozen people in the queue at the kiosk at Killarney Mall in Johannesburg’s northern suburbs. They were a resigned group.
“I don’t think any of us are happy people,” said Paul Motler, who had stood in line for an hour to register. “But I’ve got no choice, because at the end of the day they have legislated it.”

Nelma Smit was there to register her daughter’s car, who studies at the University of Pretoria and often takes the Gautrain. “She can’t take the train all the time. If she’s writing a test at half past seven and the last train leaves at half past eight — she has to drive, and you don’t want your child to be stopped by police.”

Rozanne Loney, a manager at Kumon Maths, was there to register the organisation’s six vehicles that its area managers use.

“It’s going to happen, no matter what Cosatu does. I want to avoid the rush,” she said.

The government has adopted a carrot-and-stick approach in trying to get motorists to register for the tags. First, the treasury sank R5.75-billion into the roads, reducing the per-kilometre fee for motorists and capping the toll at R550 a month. But then Sanral introduced a punitive rate for those who did not purchase an e-tag that was almost six times higher than the discounted rate.

Natalie Catzavelos, a sales representative who travels extensively for work, said she felt her hand had been forced. “In the end,” she said, “you can’t mess with the law.”

Bhyat works for Sasol in Secunda and travels to the company’s head office in Rosebank a few times a week. He already pays a total of R84 each way for the four tolls he crosses during his commute and estimates that the e-tolls will add another R20 to that figure. But he is happy to pay it. “A two-hour trip now takes me an hour and fifteen minutes, so look at the productivity gained,” he said.

With the matter tied up in court, motorists have a little more time to decide whether to keep complaining or simply comply.