Cash for growth and dividends 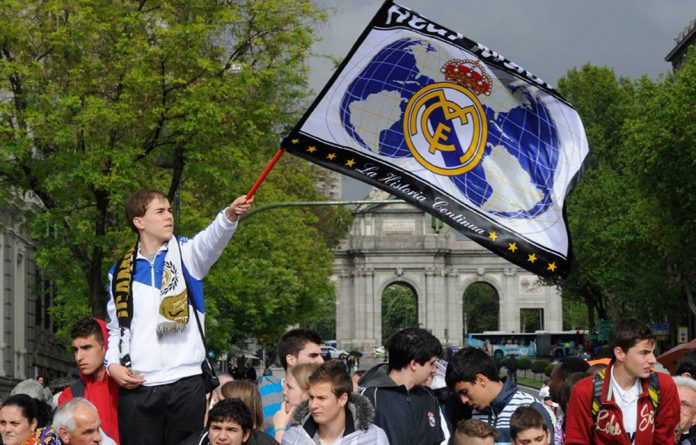 Weighty levels of corporate savings are a hot topic globally and local companies have come under pressure from Finance Minister Pravin Gord­han for sitting on a R520-billion cash pile and being “risk averse”.

But high-profile South African companies canvassed by the Mail & Guardian defended their money management strategies and said they were investing cash to fund growth.

The latest figures from the South African Reserve Bank and Absa Capital indicate that corporate savings are nearing 7% of gross domestic product — much higher than the 2% before the economic crisis in 2006, but lower than the almost 8% in 2010.

With this year’s budget focused on infrastructure, the minister argued that private sector ­savings could be better invested in economic growth, especially because interest rates were at their lowest levels since 1974.

But high levels of corporate savings are a global phenomenon and earlier this year computer giant Apple revealed its piggy bank was bulging with almost $100-million.

In its financial statements released in June last year, petrochemical giant Sasol said its R14.7-billion in cash positioned “the company well for our future growth in these times when liquidity remains tight”.

Kumba Iron Ore had net cash of R1.5-billion in December. “We have a policy to pay out all excess cash to shareholders and fund investment through debt,” said its communications manager, Gert Schoeman.

Tiger Brands’ results show that it had net debt levels of R1.7-billion in September, with cash and cash equivalents at just more than R500-million.

Telecoms giant Vodacom, with cash reserves of R1-billion, said it had R10.6-billion net debt at the end of September. Richard Boorman, head of corporate affairs, said the company was undergeared and had “been returning cash to shareholders in the form of dividends”.

Multimedia multinational Naspers said it did not fall in the category of local companies with excess cash. “We’ve invested about US$5-billion, predominantly debt-funded, over the last few years, in expanding our business internationally,” it said.

“As a consequence we’ve had net debt … at the end of the [last] financial year of R3.9-billion: R6.9-billion offshore debt and R3-billion in cash locally. We do not have the luxury of excess cash — our cash in South Africa is mainly used to pay dividends.”

Investment holding company Remgro had a cash total in June last year of R5.9-million, up from R4.7-billion in March the previous year. Remgro said its debt in operating subsidiaries was R157-million at the time and R321-million in March the year before.

AngloGold Ashanti more than halved its net debt in the past financial year on the back of strong cash flows, from $1.3-billion to $610-million at the end of December. Cash and cash equivalents at the time amounted to R8.9-billion.

Stewart Bailey, vice-president of investor relations, said funding from Ashanti’s own cash sources was a growth pipeline that would see an increase in production of roughly 25% over the next three years.

“We have capital expenditure forecast this year of $2.2-billion to $2.3-billion, of which about $1-billion is earmarked for these growth projects. We will continue on this fairly intensive growth trajectory next year too,” Bailey said.

Impala Platinum had R2.7-billion cash net of debt at the end of June last year. It has, however, committed to significant capital projects in the short term.

“We estimate that some R35-billion will be spent over the next five years on maintaining and growing our production,” said financial director Brenda Berlin. “This will partially be funded from the cash on hand and future cash generated, but we do see ourselves moving into a net borrowed position to fund these commitments.”

Retail chain Shoprite is also readying itself for investment and recently issued new shares and convertible bonds, which raised about R8-billion. The company’s interest-bearing debt increased to R50-million in June last year, with accumulated cash of R1.9-billion — down from R2.2-billion the year before.

“The new capital and loan funding will strengthen our balance sheet and will be used to accelerate our expansion plans in South Africa and the rest of Africa in terms of new stores and infrastructure,” said Shoprite’s chief executive, Whitey Basson.

“It will also enable us to selectively pursue acquisition opportunities that present themselves in the future.”

The Sanlam Group held cash, deposits and similar securities of R51.5-million at the end of December, up from R48.9-million in 2010. The group intends investing R2-billion in its India operations.

SAB Miller’s global cash position in September was $733-million. It does not disclose the cash positions of its subsidiaries. The company has not disclosed a gearing position yet, according to its London-based media relations manager, Richard Farnsworth.

Apart from a recent $12.5-billion acquisition of Fosters, SABMiller also plans to invest between $400-million and $500-million in Africa in the next three to five years.

Waiting for better days
Kevin Lings, chief economist at Stanlib, said the question of whether it was good or bad for a company to sit on cash depended on its perspective as well as where it was in the business cycle.

A highly geared company, for example, could be seen as dynamic and growing — but it could also be at risk. Sitting on the money also presents risks: it affects the economy and companies can lose the competitive edge by holding back on expansion.

There were myriad factors that could explain corporate risk aversion, said Lings, “but, collectively, business has shown the level of uncertainty is too high — [in general] corporate South Africa has made a decision to build up cash as it did before the recession”.

If the trend continued, he said, shareholders could argue that the money would perform better if it was put to work.

Lings said an encouraging catalyst would help to stimulate local investment and cited Transnet’s R300-billion capital expenditure programme as an example. Absa Capital’s head of research, Jeff Gable, said the tough global economic climate had resulted in many corporate investment plans collapsing. But the weakness was not caused by financial strain, he said. “A high level of savings shows us they are doing very well. Once they get the signal to invest they will have the cash to do it.” — Lisa Steyn

The water and sanitation minister allegedly acted beyond her powers, former board members argue