Power to the people and readers 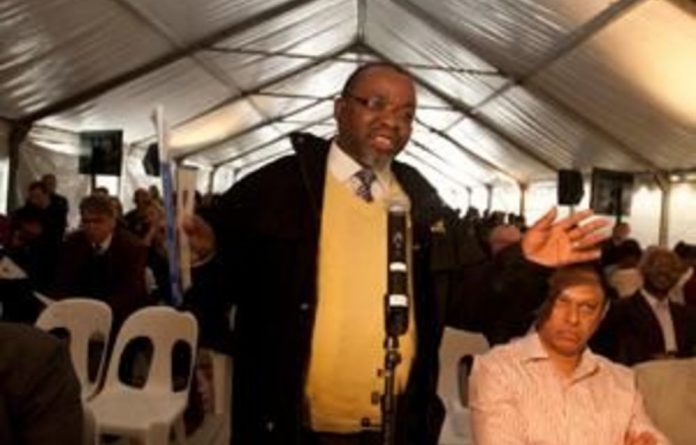 The Press Freedom Commission last week released recommendations for transforming the office of the Press Council of South Africa.

Commissioned last year by the South African National Editors Forum and Print Media South Africa, the commission has been taking submissions from people across the country. These have been synthesised into a 127-page booklet. The aim is to create a council in which people have faith and to avert attacks from the ANC, according to the commission.

At the heart of the process is the council’s shift from a self-regulatory body for the print media industry to being an independent co-regulator.

The recommendations have been welcomed by ANC secretary general Gwede Mantashe, who said: “The principles embodied here give us what we think is legitimate regulation of the media.”

Although Hoosain Karjieker, president of Print Media South Africa, said the implementation of the re-commendations would take place over the next few weeks and budgets had already been “set aside”, they still have a long way to go before they are implemented.

What does all this imply for those who believe a newspaper has published something harmful to them?

Charting your complaint
Although the basic form of the complaint and arbitration procedure is the same, key changes are proposed to the structure of the bodies involved.

The first is who can complain. In the past, only someone who had a “direct, personal interest in the matter complained of” could get legitimately angry. Now the door is open for third parties to bring a complaint on behalf of someone else. This is to help groups such as children, who would otherwise not lay a complaint.

The complaint goes to the public advocate, a new position proposed as a result of the press council’s own review process last year. He or she then becomes the complainant’s best friend and helps them to knock their complaint into shape.

And unlike in the past when you would have to sign a waiver saying you would not take the matter to court, you are free to choose which institution to use for redress.

The commission said the waiver was mostly redundant because a court would be unlikely to hear a matter that was being considered elsewhere. It undermined the argument that people would use the press council to go on fishing expeditions to find out what a newspaper’s defence was and use that to hammer them in court, it said.

The public advocate then attempts to mediate between the complainant and the offending newspaper.

If this fails, the advocate sends the matter to the ombud. Here, unlike in the past, neither side is given legal representation. This comes after submissions to the commission’s “Listening to South Africa” road show claimed that lawyers simply bogged the process down and created costs, which were the two things it is supposed to avoid.

The ombud can then either make a ruling based on the evidence, or convene a full hearing of the press council. This is where the biggest shake-up proposed by the commission lies.

The appeals panel has also swung in favour of the public, with one member of the press and three from the public.

Only when this process is exhausted can a party take the matter on review to the high court. But the grounds for this are limited and the court will focus only on the technical aspects of the arbitration, rather than the facts that created the complaint. Such aspects are misconduct on the part of the members of the committee, gross irregularity in the conduct of the proceedings and a review of the basis of an award that was improperly obtained.

The punishments meted out for editorial transgressions are basically the same, but are now called a “space fines”. The ombud will decide what must be printed — an apology, retraction or right of reply — as well as their size and positioning, according to the gravity of the offence. The change comes in regard to newspapers that repeatedly offend or ignore the ombud’s findings. To address the impression of a “lack of teeth” that the commission found in submissions, it proposes a scale of sanctions.

These range from monetary fines to suspension and even expulsion from the press council.

Everyone who sits on the press council will be appointed by an appointments panel. It will be chaired by a retired judge and will select the best candidates from people who are suggested or who put themselves forward for consideration. People who sit in on hearings will be paid a rate for the number of hours they work and the permanent members will get a full-time salary.

Although the press council will move its offices from its current premises, which are shared with members of the media, it will still get funding from the media.

The commission takes this further, suggesting that it develops a relationship with the Digital Media and Marketing Association, a voluntary industry body, to chart a way forward together.

Active role: At present, the press council plays a passive role, focusing on arbitrating between complainants and newspapers. But the commission said this had to change so that it could build more confidence among members of the public. Its mandate, therefore, had to be extended to pro-active monitoring and research, the production of editorial material and analysing trends and developments in the field of journalism. It also had to work more closely with institutions that educated journalists and ensure that journalists were well versed in the press code.

Children: The commission has given a great deal of attention to the reportage of children in the media and said they were mostly portrayed as victims. This had to change so that they could be reported on holistically, it said. A big shift has occurred in the prohibition of any explicit sexual material in newspapers. At present, publication can occur if it is deemed to be in the public interest.

Media transformation: Although transformation does not currently fall under the mandate of the press council, the commission said that in the light of the large number of submissions on the issue, it had to make some proposals. Chief among these is the consideration of a media charter that could set “concrete deadlines and targets for meeting transformation targets”.

Similar bodies
The Broadcasting Complaints Commission of South Africa — The commission was formed and is funded by the National Association of Broadcasters to be the watchdog of the broadcasting sector. When a complaint is received, it notifies all parties and holds a public tribunal. Neither party is obliged to appear, but if they do they can address the panel and have legal representation. It has the ability to levy fines of up to R60 000. It has a waiver that its chairperson can impose “in the interests of fairness” and “at any stage in proceedings”.