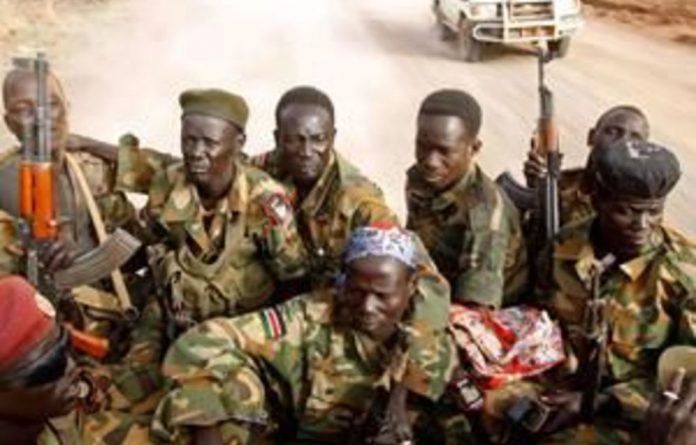 A long queue of cars and motorbikes snakes from the dusty forecourt of a petrol station to the main road, hampering traffic on a sweltering afternoon. Over the past fortnight, the queues have become increasingly common in Juba, South Sudan’s capital, as a shutdown of oil production, caused by an oil-fee dispute with Sudan, begins to bite.

Dollars from the sale of oil are getting scarcer and food prices are rising. In the space of one week, pasta has gone up from one South Sudanese pound to seven, beef is now 30 instead of 25, goat has risen to 35 from 28 and a can of Coca-Cola that was three pounds is now four.

The government has already taken some austerity measures, halving all government spending (although protecting salaries) and cutting monthly grants to the 10 states. It said it would also triple tax revenue within six months through better tax collection. The finance ministry is working on the new budget to be ready for July, but is keeping its cards close to its chest. So far, the public has gone along with President Salva Kiir in his willingness to square up militarily and economically to his counterpart in Khartoum, President Omar al-Bashir, who is wanted by the International Criminal Court for alleged war crimes.

David Deng, research director at the South Sudan Law Society, a civil society group, said the public was resigned to the escalation of tension, given the north’s past record of brutality in trying to crush the southerners’ drive for independence.

Deng acknowledged that Kiir’s government might be playing up the external threat to shore up a sense of national unity. South Sudan remains deeply divided, as is evident in the ethnic strife in Jonglei state that displaced tens of thousands of people. In fact, since independence last year, the number of people displaced within South Sudan as a result of internal conflict — at least 200 000 at one time or another — far exceeds the number of refugees (more than 100 000) who, fleeing escalating conflict between Sudanese government troops and Juba-backed rebels in Southern Kordofan and Blue Nile states, have arrived from Sudan since the end of last year.

But given the deep suspicions of the north after 22 years of civil war — ended in 2005 by the comprehensive peace agreement — Southern Sudanese are quick to believe the worst of Khartoum. Deng, a South Sudanese-American, also thinks the world was too quick to condemn South Sudan for shutting down oil production and sending troops into the oil-rich Sudanese border town of Heglig, a move that sparked fears of all-out war.

South Sudanese also believe Sudan was using Heglig as a base to support rebels fighting Juba. One theory common in Juba is that Southern Sudanese troops in hot pursuit of rebel forces just carried on until they reached Heglig, presenting Kiir with a fait accompli.

But there are plenty of grievances north of the border as well. It is common knowledge that, in South Kordofan and Blue Nile, South Sudan is backing rebels who once fought for southern independence. South Sudan will counter that Sudan is backing its own proxies in the south and the latter earned international opprobrium for the aerial bombing of areas in South Sudan with civilian populations.

Nevertheless, diplomats who have met Bashir recently said he was embittered by the lack of international recognition of the sacrifices he had to make, losing the southern half of the country and the oil it contained. The loss of oil revenue has left Khartoum with a financial black hole of about $7-billion, according to the International Monetary Fund.

Diplomats indicate there is a grand plan floating about to make up the shortfall. A third of the $7-billion will come from belt tightening in Sudan, a third from Sudan’s friends such as China, Qatar and other Gulf states and a third from transit fees for South Sudanese oil going through Sudanese pipelines.

Sudan’s aggressive demand for transit fees of $36 a barrel instead of the usual $0.50 can be seen as a scream of exasperation that nobody has shown the money. But South Sudan’s decision to shut oil production took the international community by surprise. The south had accused the north of pilfering its oil, but the world’s attention was on the violence in Jonglei, stemming from cattle rustling between the Nuer and Murle people.

Diplomats based in Juba said much would depend on whether Thabo Mbeki, who is leading an African Union panel, can drum up the third of the $7-billion that is supposed to come from Sudan’s friends. So far, “people are irritated” that he has not achieved more in raising the money, according to one senior diplomatic source. The frustration is understandable: $7-billion to buy peace looks like a bargain. —