Three weddings and a funeral 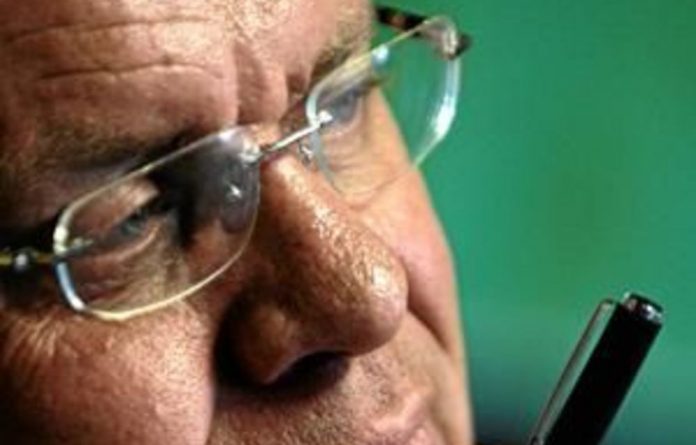 Beneath his pious dominee-like exterior, Carl Niehaus has always been a bit of a ladies man.

Friends and former comrades say that it has contributed to his financial woes.

He married his first wife, Jansie Lourens, in 1986 while they were both in prison serving sentences for activities for the then banned ANC.

Niehaus divorced her not long after their release in 1990 and married wife number two, Linda Thango.

Four sources who worked closely with him after 2002 told the Mail & Guardian in 2009 that Thango, a management consultant, was central to his extravagant lifestyle.

“His wife wanted all the best toys: holidays, jewels, clothes, shoes and shopping, shopping, shopping,” said one of his former ANC bosses at the time. “Carl got sucked into that lifestyle, loved it and lived way beyond his means.”

In an interview this week with John Robbie on Talk Radio 702, Niehaus said he had separated from wife number three, Mafani Gunguluza.

“I don’t want to put my personal life into the public domain,” he told the M&G. “My break-up from my Mafani came about as a result of a lot of pressure over the past three years. It was very damaging to our relationship, which no longer became tenable.”

Living it up in Soweto
Niehaus was reportedly recently seen at a Soweto restaurant with a young model. Asked about her, Niehaus said he did not want to talk about his present situation. “My private life has been damaged so much by my public profile,” he said.

Towards the end of last year, Niehaus approached Deputy Justice Minister Andries Nel, an old friend, for a loan. He said he needed the cash because he wanted to bury his father, also named Carl, in Zeerust in North West and needed to transport the body from Somerset West.

Niehaus said: “I spoke to Andries when my father was very ill … and he promised to help me with a small amount of money [R5 000].”

Nel had instead come back to him with an offer of a gift, because according to Niehaus the two go back “a long way together”.

“Andries said he wanted to give me a smaller amount, because he didn’t want me to get into a cycle of debt, so he was sending me R2 500 to help me though this situation.

“I was going through difficulties at that stage and I didn’t have the finances. I needed to help my father. After he died, we [Niehaus and Nel] spoke about whether there would be a funeral. I think Andries was going anyhow to the North West, but we didn’t communicate further.”

The funeral was supposed to have taken place near Christmas Day (which coincidentally is also Niehaus’s birthday) last year.

Nel went through to Zeerust on the day and drove from church to church in the town but found no funeral.

“There was a miscommunication between him and me after my father died. I was in the middle of a board meeting when he SMSed me to say he was in Zeerust. I told him there wasn’t a burial.”

The two had not communicated since then, until this week when Nel phoned him to say the M&G was inquiring about the matter.

‘Don’t vax or Ramaphosa will stay on’