E-tolls are an issue of power, not democracy 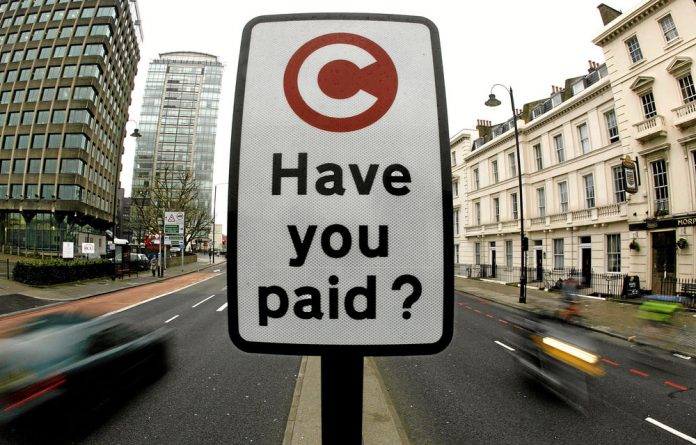 What does, or does not, become a major political issue in any society is always fascinating, because often it is so surprising.

In the United Kingdom in the early 1990s, it was not so astonishing that then-prime minister John Major’s “back to basics and family values” campaign bit him on the bottom, given the louche tendencies of half his Cabinet. Instead, it was that his obsession with traffic cones as a symbol of his pathetic “Citizens Charter” would be his final undoing.

Never mind that Major was a nasty social security minister or that his administration lost the plot on the economy, it was something relatively unimportant that got him in the end. With his predecessor, Margaret Thatcher, it was the hated poll tax. That at least was a “big policy” idea, though again few predicted that it would cause Britons to unite in such vigorous reproach to its inequities.

Shades of the e-toll? An ostensibly innocuous policy measure has grown and grown and grown. Few, if any, predicted that it would become the political lightning rod that it has. Like a gambler who has had just one too many drinks, the various political players have thrown their chips on to the table with increasing levels of recklessness.

Cosatu’s opposition to e-tolling cannot, on the basis of the arguments that it advances, be described as irrational. But neither can its interests in the matter easily be weighed as being so absolutely essential, so vital to its core interests that the labour federation would risk so much of its political capital on forcing the government to back down.

Surely Cosatu has bigger fish to fry? What about jobs and the structure of the economy? What about corruption and its leadership in that area? Or is it simply that an issue such as this becomes a proxy in which all manner of disputes — some recent, some rottenly old — finally come to a head?
Blink and Cosatu could lose, perhaps fatally wounded. In recent weeks I have found myself questioning general secretary Zwelinzima Vavi’s judgment on this one.

Others appear to have lost their marbles altogether. I thought that the Democratic Alliance had found more secure strategic moorings in recent times. But perhaps not: Who on earth advised Helen Zille to attack Cosatu the other day? Does she, or her advisers, not realise that her political enemy is the ANC, not Cosatu, and that the most likely swing voters from the ANC are those moderates and social liberals who are offended by President Jacob Zuma’s excesses and share, therefore, many of Vavi’s concerns?

The government needs to stick to the e-tolling policy. It would not only be a sign of weakness to back down, but also a betrayal of its commitment to sustainable development. We need fewer cars on the road, not more. Tolling drivers is a way of controlling car use. It is a necessary measure.

Sufficient concessions have been given, some on the very morning of the budget — those who legitimately need to be exempted from payment will be. And the market will quickly adjust, as it always does. Just as Londoners once howled about mayor Ken Livingstone’s congestion charge, they now love it.

The e-tolling issue is about power rather than democracy. If the policy falls by the wayside, the government will have rolled over — not only on a crucial policy, but on an issue of power. Cosatu’s involvement complicates the argument, but it is a proxy issue for the federation. More than anything, it is about showing who is really in charge.

It reflects poorly on the ANC, which used to be able to handle this sort of mess and sort out the various interests at stake.

But when a policy issue turns into a litmus test of who really runs the country, then the buck can only stop at the Union Buildings.

The responsible ministers cannot be blamed. When an issue escalates as e-tolling has, it is the job of the president to provide them with political cover and then fix it.

So, more than anything, this becomes an issue of Zuma’s authority or lack of it. If the e-tolling policy falls, it will be a symbol of the president’s political weakness.