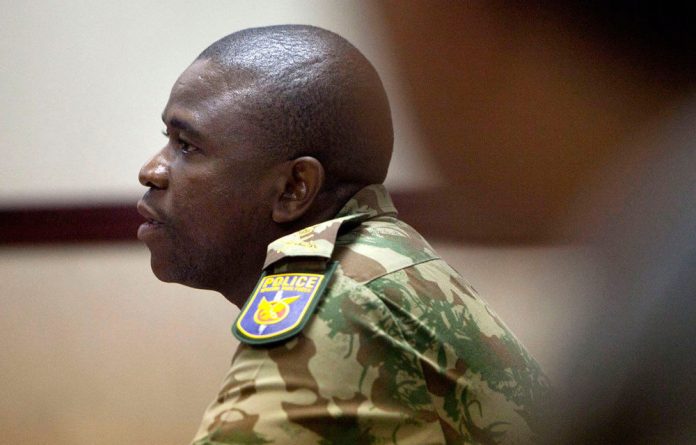 Acting national police commissioner Nhlanhla Mkhwanazi has given embattled crime intelligence boss Richard Mdluli and his ally, the manager of the police secret services account, Major General Solly Lazarus, seven days to give reasons why they should not be suspended for a second time.

The move may indicate an increasing defiance by Mkhwanazi of political attempts to bury the Mdluli investigation.

The Mail & Guardian has confirmed from three independent sources that Mdluli and Lazarus both received the letters. Brigadier Lindela Mashigo, Mkhwanazi’s spokesperson, would not confirm this, saying it was an internal matter.

The reinstatement – contrary to Radebe’s written advice that criminal charges against Mdluli and ­disciplinary charges against Lazarus should proceed – was widely viewed as having been precipitated by pressure from Mthethwa.

Mthethwa has denied issuing such an instruction, but the withdrawal of murder and fraud charges against Mdluli and his return as crime intelligence boss prompted a public outcry. Last week Mthethwa acted to diffuse pressure by announcing that Mdluli would be temporarily transferred from crime intelligence while a ministerial task team ­investigated claims that there was a conspiracy against him by other senior police generals.

But Mthethwa’s action did not prevent advocacy group Freedom under Law from launching an urgent application on Tuesday to have Mdluli suspended pending a full high court review of the decisions that led to his reinstatement.

Mkwhanazi’s move against Mdluli may partially defuse the application, but it also suggests that the government is losing control of its attempts to manage the situation politically.

Mkhwanazi has previously expressed his unhappiness over how police decisions on certain cases have been dictated by “powers beyond us” – and was understood to be referring to the Mdluli saga.

Zuma told a business breakfast on Thursday there was “no need for alarm” over the government’s handling of Mdluli, but the Freedom under Law application contains new revelations that will ratchet up public concern. – Additional reporting by Glynnis Underhill