Juba, on a Monday morning, spews diesel from thousands of Toyota Land Cruisers, their logos testimony to the baffling phalanx of aid organisations nudging the world’s newest nation into being. Flying over the city brings to mind images of Johannesburg in 1890 – a flung-together, hodge-podge camp made almost entirely of canvas, corrugated iron and mud.

But on closer inspection, Juba is less unformed than it appears. We have never seen an aid orgy like this one – not in Kabul, not in eastern DRC, nowhere. A lengthy Sunday stroll reveals a city in various stages of development: hotels taking shape, shanty towns sprawling over a graveyard, superbly tarred roads petering out into muddy tracts. Spend Saturday night at the Logali House Hotel and the neighbouring nightclubs, and you learn that money is flowing in from everywhere, and dangerous little rivalries are forming between locals and the international moneymen. Sometimes, knives get pulled. Like we said, Johannesburg in the 1890s.

But we’d be lying if we pretended that our Sunday flaneuring was not a pleasant experience. The air is sultry, the Jubans are relaxed, and the Land Cruisers, after a while, become a bitter, gallows-humour punch line. This, for now, is how life appears in the capital of the world’s youngest country. 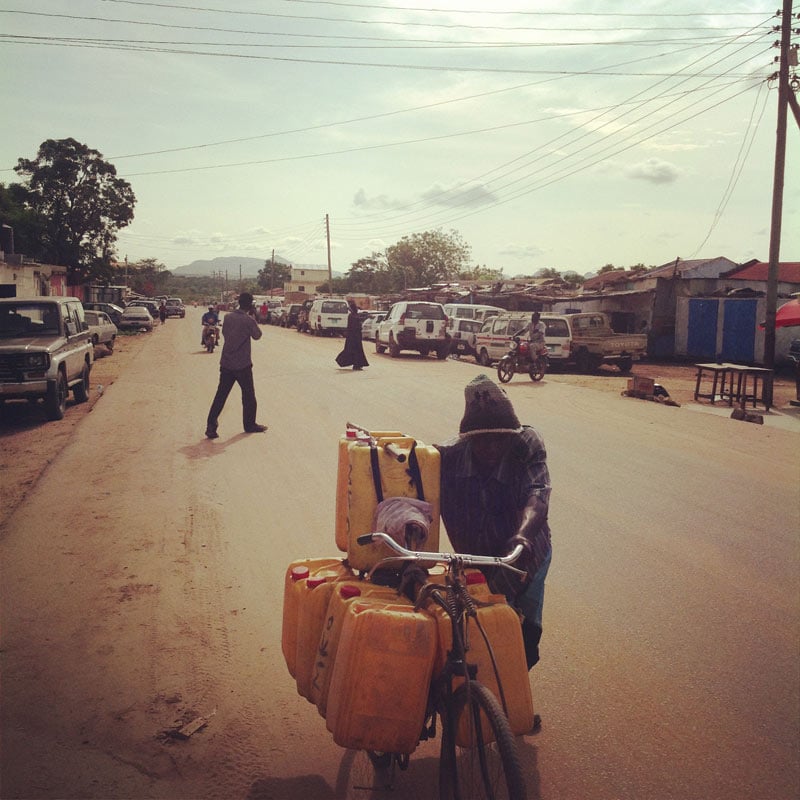 Water containers for a town with no infrastructure. 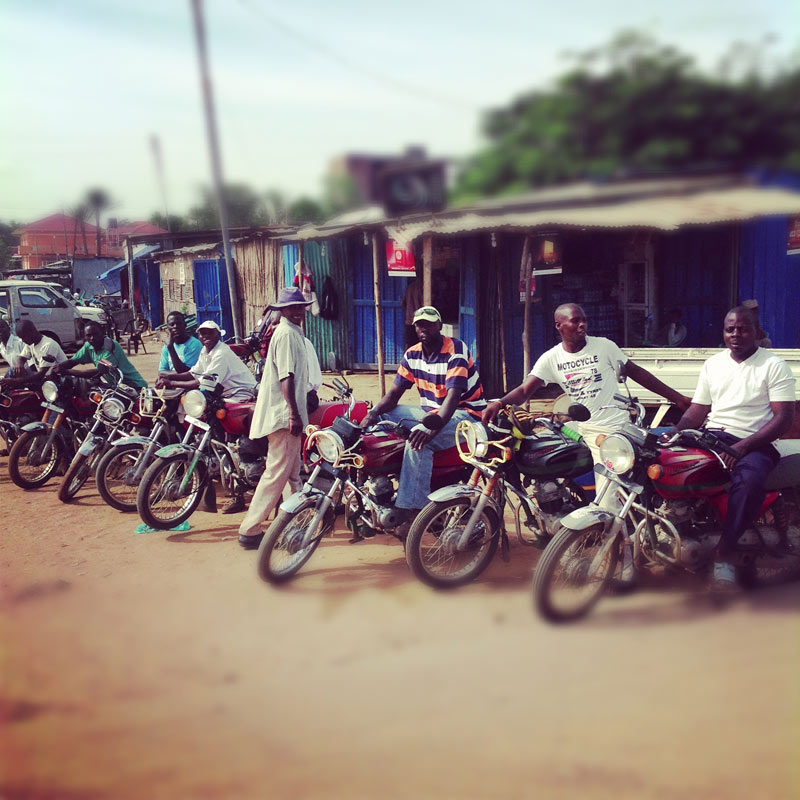