But in our travels across thirteen African countries, we have not encountered a region as hampered by under-development. Water is a commodity so scarce that showers are an absurd luxury, generators provide power for a maximum of a few hours a day, and petrol (ironically more expensive here than almost anywhere on the continent) must be shipped in by barge on the river networks.

Will South Sudan become Norway? Or will it become Nigeria? The answer lies almost entirely in the hands and deeds of those who run Unity State. The Greater Nile Petroleum Operating Company, which counts a leading Chinese oil parastatal as a major shareholder, is currently flushing the pipeline, dormant since Juba turned off the taps in a royalty dispute with Sudan. Soon, the oil will flow again.

We’ve all seen the gruesome results of petroleum exploitation, but the “crude curse” is never a foregone conclusion. It is always a result of bad decisions and lousy governance and can just as easily become the “crude blessing”, as Canada, the United States and others have definitively proved.

But Bentiu, the frontier town that functions as Unity State’s capital, can seem full of Daniel Plainviews – the driven oil man played with chilling precision by Daniel Day-Lewis in the masterpiece There Will Be Blood. And if there is one Plainview to rule them all, it must be the state’s oft-errant governor, ex-military hack Taban Deng Gai.

He has just returned to Unity after a three-month ad hoc sabbatical (no one knows where he was or why he was away), and while we were in Bentiu, he fled to a heavily guarded retreat deep in the bush. It is the reign of men like Deng, contrasted against the more benign and constructive administration of Warap State’s Nyandeng Malek Dielic, that is keeping South Sudan from moving forward.

“Is Deng the most corrupt politician in South Sudan?” we asked a prominent member of civil society, over warm Heinekens.

“Oh!” came the nonplussed answer. “He is the most corrupt politician in Africa.” 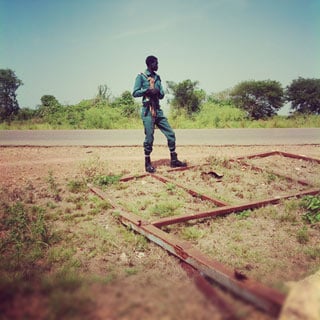 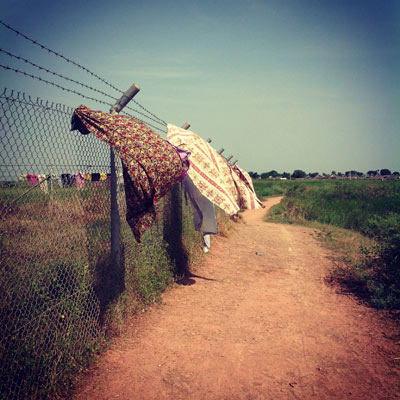 A pipeline runs through it. (Richard Poplak)