The A to Z of local writing 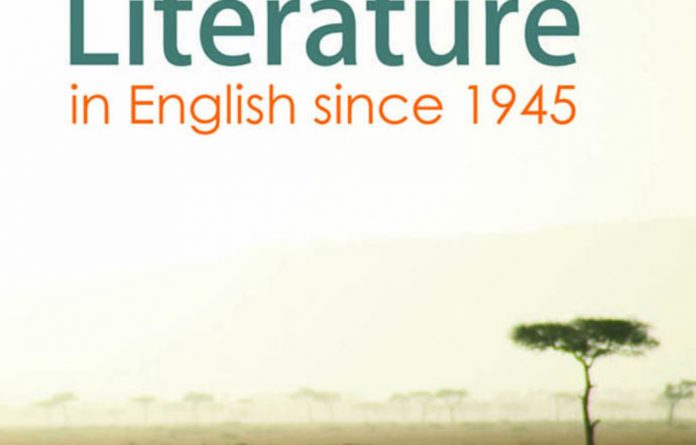 THE COLUMBIA GUIDE TO SOUTH AFRICAN LITERATURE IN ENGLISH SINCE 1945 by Gareth Cornwell, Dirk Klopper and Craig MacKenzie (Unisa Press)

The Cambridge History of South African Literature is one of those books that is so substantial it stands up by itself. This is true in the physical sense (it is 877 pages long) as well as, conceptually at least, in terms of its content: it has such breadth and depth that it stands comfortably beside all those other magisterial overviews of world literatures from Cambridge. It almost feels like a country doesn't have a national literature until Cambridge has summed it all up and put it between covers.

It's impossible to do the work justice in a review shorter than a few thousand words — and, even then, who has the scholarly omniscience to evaluate each separate chapter-essay on its own merits? It starts with "orature" and the Bleek-Lloyd collection of |Xam narratives, moves through the colonial era (from natural history to imperial romance) and the various contesting voices of the union and the white republic (the African engagement with modernity; Afrikaans literature as nation-building), into the struggle years and the battle of "relevance" versus "standards", fetching up in the present day and its confusing plethora of literary goings-on, some of which seem to make a very loud noise in a very small space.

Of course, this is also an exercise in "canonicity" or canon formation, as all literary histories must be, at least in part. What gets sanctified as part of the canon and what is excluded? How are individual works or authors placed in their historical contexts and how are those contexts read? Get into the detail of this and there is enough for academics to argue about for a long time, even if the tome's parameters are so widely spread that it may be hard to find any exclusions.

I predict that this volume will be a site of disputation for the foreseeable future. Yet that's a good thing, not just because academics must be given something to argue about, but also because any such debate needs a solid body of literary-historical work to argue against — and that Cambridge has provided.

Such disputes aside, The Cambridge History stands as an extraordinary monument to South African literary-critical and historical scholarship in this country at this moment. The volume's comprehensiveness of content is matched by the inclusiveness of its register of contributors: it feels like it wouldn't be much of an exaggeration to say that every significant literary scholar in South African academe and the South African academic diaspora was drawn into the project. One contributor, Michael Titlestad, said at the M&G Literary Festival earlier this year that attending a meeting of all the contributors was a bit like encountering "an embodied bibliography" of all the books he'd ever read on South African literature.

At the same event, Craig MacKenzie, author of "The Metropolitan and the Local: Douglas Blackburn, Pauline Smith, William Plomer, Herman Charles Bosman" in The Cambridge History and co-author of The Columbia Guide to South African Literature in English since 1945, lamented the situation of the guide's emergence: it's a gargantuan task and the book is always delayed in production because it needs constant updates, but the moment it's published it's already out of date. No printed volume can hope to keep up with every new addition to the shelves of South African literature, even when confined to one language.

The editors of The Columbia Guide sensibly start at 1945 in their round-up, but they do add a short (20-page) section on pre-1945 writers so that there's some background on key figures such as Schreiner, Blackburn, Millin and Plaatje. It serves as a useful quick guide, both for the student and for the general reader, to who's who in South African literature and what they've written. Given that there has been no new such volume since the Donker Companion to South African English Literature of 1986, it certainly fills a yawning gap.

It has a valuable chronology and bibliography and the introductory essay (wittily subtitled "Long Walk to Ordinariness") gives a swift and plain-spoken overview of the field. The essay does not evade the problems of any such literary-historical enterprise, even a mere "guide", but folds them elegantly into its considerations of how such an enterprise may be conducted. Anyone considering an approach to The Cambridge History of South African Literature may find this an excellent starting point.

The Africa edition of The Cambridge History of South African Literature retails for R420, a quarter the price of the international hardback edition