Tweens and teens and adult themes 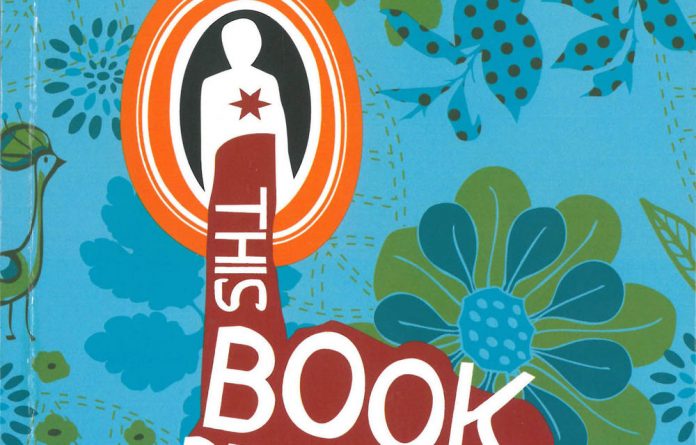 This captivating novel takes readers back to the Cape Town of the 18th century in which slavery has been abolished but people of colour have very little more freedom than they did when they were bought and sold.

Dorothy Dyer, whose love for the history of Cape Town was evinced in her co-written novel, Time Twisters (she was one half of the pseudonym Sam Roth), spins the tale of a feisty young serving maid with a vision for her future that goes way beyond the drudgery of servanthood.

Within her fictional framework, Dyer introduces the remarkable and distinctly non-fictional Bleek/Lloyd family, whose work with Bushmen incarcerated in the Breakwater Prison has given linguists an invaluable record of languages that would otherwise have been lost to the world.

Katrina, daughter of a black domestic worker and an unknown (she thinks) white father, is more advantaged than her peers in that she is permitted by her employer to attend school and it is here that she meets Edith Bleek and is inducted into a world in which Bushmen are not targets for extinction (and material for craniologists) but a source of infinite learning. She also meets Edith’s sensitive, kindly brother, Edwin, who immediately falls in love with her  — as does the considerably less kindly, much older and infinitely more threatening Clifford Gordon, a stranger in town who attaches himself to the family for whom she works.

Through a variety of characters, rich and poor, black and white, Dyer not only offers a social history of the Cape Town of the time but also tells a compelling tale that should appeal to young people in their mid-teens.

The text is supplemented with a glossary, a historical note and summaries of and questions about the text, which make this an ideal book for both study and recreation.

What does a teenage girl do when she sees her beloved older brother commit a horrific crime? This is the dilemma faced by Naledi, whose clever, charming, handsome brother, Basi, is worshipped by his parents and by a community unable to imagine that he is destined for anything other than greatness.

The issues addressed in this novel should strike chords with many teenage girls struggling with the onset of adolescence, rampant hormones and increasingly adult problems. Molope has a fine feel for the world of the girl-turning-woman and the book, serious though some of its themes are, is not without humour as it follows Naledi’s emotional path from innocent childhood to awareness that even those she thinks she knows best may not be quite what they seem.

Setting her story in the South Africa of the 1990s, with all its uncertainties and shifting boundaries, Molope explores the social complications of a family that has torn itself from its working-class roots and has literally moved “up the hill”, overlooking the township from which it has come and from which it continues to derive its income.

Naledi and Basi, caught between their upwardly mobile parents and the friends and the world of their childhood in loc’shin (the location below), battle with the problems of a family, a community and a country in flux.

Molope offers no easy answers but challenges her readers to find a moral route through the maze of complications she lays out.

The theme of this heart-rending work is reminiscent of Michael Morpurgo’s War Horse in that both carry an anti-war message and both are set, largely, in the nightmare world of World War I trenches and involve an animal and a boy who is far too young to be a soldier.

To my mind, though, Sam Angus’s beautifully constructed tale, based on a true story of a boy and a messenger dog, is by far the better. It demands considerably less suspension of disbelief, although, in the end, even here the strands of the story are a little too neatly tied up at the end to be completely credible.

Angus’s hero is Stanley, a 14-year-old who has lied his way into the army both in order to find his adored older brother, who is fighting in France, and to escape the father whose grief over the loss of his wife has closed him off from his younger son.

The animal-loving boy, trained as a dog handler, is thrown, along with his beloved and courageous Bones, into the horrors of the battle at Villers-Bretonneux as British, French and Australian troops fight to keep the Germans from taking Paris in the dying stages of the “war to end all wars”. As the battle rages, although he witnesses bravery, chivalry and humanity, he is also exposed to the worst of what humans are capable of doing to other humans. Little wonder, then, that he increasingly comes to trust only the animal.

The publishers claim that Soldier Dog is suitable for ages nine-plus, but I would hesitate to give it to any young person under 13. Apart from the fact that its graphic descriptions of death and destruction on the battlefield are the stuff of nightmares, Angus makes no concessions to his young audience in terms of assumptions of knowledge and use of language. This is no mere adventure story. The book calls, at the very least, for some background know-ledge of the events it portrays.

And it is not a book for young people only. I found it totally riveting; a superbly written page-turner and another salutary reminder of the fact that war is hell.

Although their fathers returned home with a cache of gold after the ill-fated trip on the Hispaniola, the search, this time, is for the rest of the treasure, the silver ingots, hidden on the island by the infamous Captain Flint. In one of several lovely, ironic touches, Silver’s famous parrot, named after Flint and so central a character in the original, now hangs, stuffed, on the wall of the blind and ageing pirate’s room.

A great deal has happened on Stevenson’s island since he left it, inhabited only by three “maroons” — troublesome crew members abandoned by the original expedition. Others have been deposited on the island by wrecks and nothing can have prepared the bounty hunters for the horrors they will witness.

And they are horrors — sensitive readers should be warned; this is also not a book for the very young.

It is not necessary to have read Stevenson’s Treasure Island to appreciate this inventive, often witty and entirely readable sequel. Motion cleverly manages to encapsulate the entire story of the first expedition in about three pages.

At the risk of offending lovers of the classics, I would venture to suggest that Silver is not merely a worthy successor to the original; it is vastly more readable and infinitely more entertaining.

Let’s do it by the book