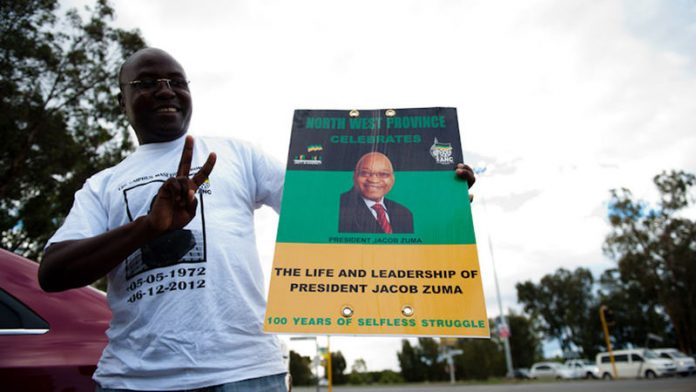 Accusations were mounting late on Saturday night that certified delegates were being substituted by ANC members loyal to President Jacob Zuma during the registration process. This allegedly occurred in the Eastern Cape and Mpumalanga delegations.

There was discontent too among Western Cape delegates who claimed that they were not being accredited despite coming from branches which had followed correct pre-registration procedures.

ANC leaders opposed to Zuma’s re-election from several provinces said on Saturday night that they were receiving reports of "widespread fraud" in the registration process and these would be raised on the floor of the conference on Sunday.

"It could plunge the conference into a serious crisis because this debate over credentials is a serious matter. The conference cannot be legitimate and cannot proceed if illegitimate delegates are allowed to participate," said one leader aligned with the anti-Zuma faction.

A Gauteng leader said while their registration process went smoothly, they were receiving reports of "massive fraud" during registration.

Among delegates at the registration centre at the Central University of Technology, tensions rose sharply as the chaotic and delayed registration process left some officially excluded from proceedings — and from official accommodation.

Angry delegates were threatening protest action at the conference despite the heightened security around the venues. Even some ANC members who did receive accreditation were unhappy with the process, adding their voices to the chorus of discontent.

NewsFire spoke to a number of delegates from Limpopo and Western Cape who were denied accreditation.

In contrast, these delegates alleged that some ANC members from branches that failed the audit test were given accreditation, and that these "bogus accreditations" were approved by ANC secretary general Gwede Mantashe.

Among the affected delegates was Limpopo Youth League spokesperson Klaas Mbunda, who discovered that his name was missing from the accreditation list. Mbunda echoed the claim of Mantashe’s involvement in approving the suspect list.

Some delegates spent the whole of Saturday waiting for their accreditation at the Central University of Technology in Bloemfontein, with their luggage in tow.

When their accreditation did not come through, they were also left without access to official accommodation, meaning they had to make their own plans for the night — a nearly impossible task in Bloemfontein, where most hotels and guesthouses are fully booked for the duration of the ANC’s elective conference.

Some delegates were forced to sleep in the buses in which they had travelled to Mangaung.

"Look at how these capitalist leaders are staying and what they are driving, while we struggle," said one delegate from Limpopo. – Newsfire