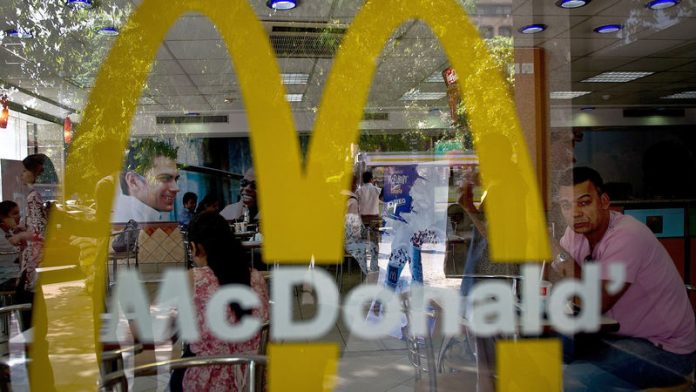 As the ANC seeks to SuperSize its support ahead of 2014. Ramaphosa bought a 70% stake in McDonald's South Africa in 2011 following an unsuccessful attempt in 2010 to buy something resembling 70% steak at a Sandton drive-through.

According to a manifesto titled 'Cyril: Nah Nah Nah Nah Naaaah, We're Lovin' Him', Ramaphosa's followers believe that the fast food chain can help to revolutionise the ruling party.

"Both the ANC and McDonald's are basically selling the same product: short-term satisfaction that's cheap and relatively easy to digest, as long as you add a big pinch of salt," said insider, McKhaya McKazoma.

He added that running the country like a drive-through would mesh with most South Africans' experiences of living with an ANC government.

"There's a huge amount of waiting, usually in a cloud of exhaust gas, as you inch towards something you asked for ages ago. But all is forgiven and forgotten when you are handed your tiny McService, and you decide that you'll stick with the McGovernment for now, even though you know that ultimately it's not good for you."

He said that the secret of McDonald's success was its gigantic soft drinks. "People will swallow anything if it's accompanied by a bottomless cup of sugary cola – or an endless supply of sugary promises," he said.

Asked whether the ANC would emulate McDonald's by having a clown as its figurehead, McKazoma said: "Just because Msholozi is always singing and laughing, it doesn't mean you can libel him by calling him a clown!"

Journalists explained that they were not referring to Jacob Zuma, but McKazoma said that the damage had been done and that the media would "soon get its chips", before leaving in a McFlurry.

Not The Mail
Guest Author