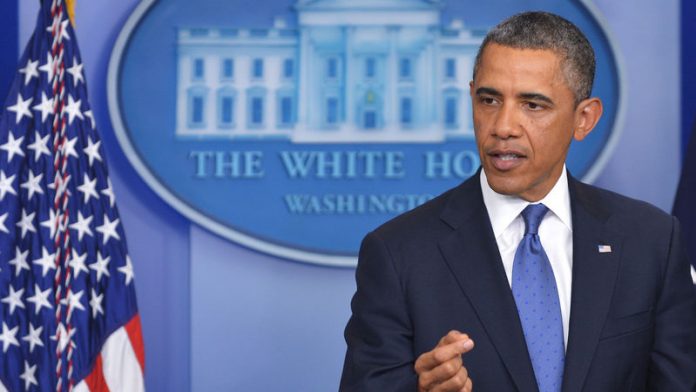 President Obama, who returned to Hawaii for a family vacation shortly after the House of Representatives passed a compromise bill on Tuesday, said on Saturday in his weekly radio and internet address that the new law was just one step toward fixing the country's fiscal and economic problems.

"We still need to do more to put Americans back to work while also putting this country on a path to pay down its debt, and our economy can't afford more protracted showdowns or manufactured crises along the way," he said in the address.

Government data released on Friday showed the US unemployment rate remained at 7.8% in December.

Lawmakers in the Senate and the House passed legislation this week that raised tax rates for the wealthiest Americans while making Bush-era tax cuts for the middle class permanent.

It was a victory for Obama, who campaigned for re-election largely on a promise to achieve that goal.

Republicans ready to 'fight'
Republicans have indicated that they are ready for another fight over the US debt ceiling. Representative Dave Camp, delivering his party's weekly address, warned, at least indirectly, that they would expect spending cuts in return for raising the ceiling again.

"Many of our Democrat colleagues just don't seem to get it. Throughout the fiscal cliff discussions, the president and the Democrats who control Washington repeatedly refused to take any meaningful steps to make Washington live within its means," Camp said.

"As we turn our attention toward future discussions on the debt limit and the budget, we must identify responsible ways to tackle Washington's wasteful spending."

Obama repeated that he would not negotiate on the debt ceiling, hoping to avoid the 2011 conflict that led to a credit rating downgrade and pushed the country close to default.

Affecting the global economy
"If Congress refuses to give the United States the ability to pay its bills on time, the consequences for the entire global economy could be catastrophic," he said. "Our families and our businesses cannot afford that dangerous game again."

Obama said he was willing to do more on deficit reduction and suggested that the hike in tax rates for wealthy Americans was not the last tax change he expected to make.

"Spending cuts must be balanced with more reforms to our tax code," he said. "The wealthiest individuals and the biggest corporations shouldn't be able to take advantage of loopholes and deductions that aren't available to most Americans." – Reuters