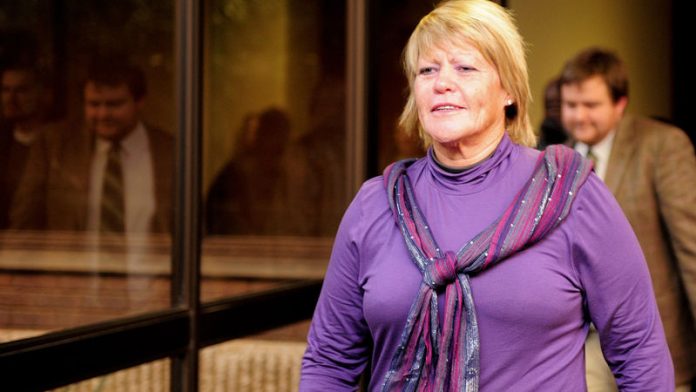 Both the NPA and ICT have alleged that Breytenbach lacked objectivity when she was involved in the fraud investigation into ICT, and that she had an "unnaturally close relationship" with Kumba's advocate Michael Hellens.

Breytenbach is further accused of being "one-sided" in that she did not take seriously a counter-claim of fraud made against Sishen Iron Ore Company, while she was involved in investigating the ICT fraud allegation.

In October 2011, Mendelow on behalf of ICT, laid a complaint against Breytenbach with the national director of public prosecutions which effectively acted as a catalyst for her suspension from the NPA in April last year.

On Tuesday morning Trengove put it to the hearing: "What I am going to demonstrate is that the one complaint was a substantial complaint and the other one [department of mineral resources complaint against Sishen Iron Ore Company] wasn't."

'Flimsy evidence'
Trengove explained that while not all the evidence was necessarily relevant "it goes to the heart of Mendelow's evidence in chief".

"It is true, this witness did not dwell on the incriminating evidence against his client [ICT] but he did testify at length on the claim against ICT. The charge against Breytenbach is that she took the one accusation seriously and not the other.

"I am trying to demonstrate it was a very serious allegation, whereas the complaint against Sioc [Sishen Iron Ore Company] was based on very flimsy evidence and it was absurd," Trengove said.

He further claimed that the there was "substantial evidence" that ICT committed fraud, and further that there was "an abundant amount of evidence that the department of mineral resources officials were involved in ICT's application".

Hawks investigator Colonel Sandra van Wyk was involved in the investigation into allegations that ICT allegedly colluded with the department's officials to commit fraud, forgery, uttering and corruption in respect of ICT and Sioc's applications for rights to the Sishen iron ore mine in the Northern Cape.

Stake award
Both Breytenbach and Van Wyk are accused by ICT and the NPA of engaging Hellens in drafting affidavits for an application for a search and seizure warrant of ICT's offices in July 2011. The warrant was a culmination of problems, which began when the department awarded a 21.4% stake in Sishen mine to ICT.

Sioc took the matter to court where the company applied for a review application of the department's decision to grant ICT the prospecting rights. The North Gauteng High Court then ruled that the stake belonged to Sioc and Kumba. The matter is being appealed.

Trengove noted: "For instance, Mendelow's evidence in chief: 'Well I say this was clearly a one-sided attempt only on nailing ICT. There was no interest in the investigation against Kumba, [which] was ignored.'"

The accusation against Sioc was that it had tampered with ICT's application for the prospecting rights which had to be lodged by May 4 2009. Mendelow testified that Breytenbach showed no interest in pursuing the allegation that Sioc had committed fraud.

Allegations are 'absurd'
But Trengove shot back that the allegations that Sioc had intereferred with ICT's application form was "absurd" and that "there was a strong case against ICT".

At one point Trengove referred to the allegation made by ICT that Sioc had surreptitiously "slipped" false copies of title deeds into ICT's application for the prospecting rights, which Trengove said was "not supported by a scrap of evidence" and that it was merely a "contention" made by a desperate ICT.

Mendelow tried to claw back saying: "Mr Trengove is insinuating that this explanation of ICT is absolutely absurd, and I am explaining that Sioc went to these lengths; they would not have sat on their hands on 4 May [2009] to see whether there were any competing applications. They would have gone all out to do whatever they could, to retard any competing application."