Militants take US hostages in Algeria 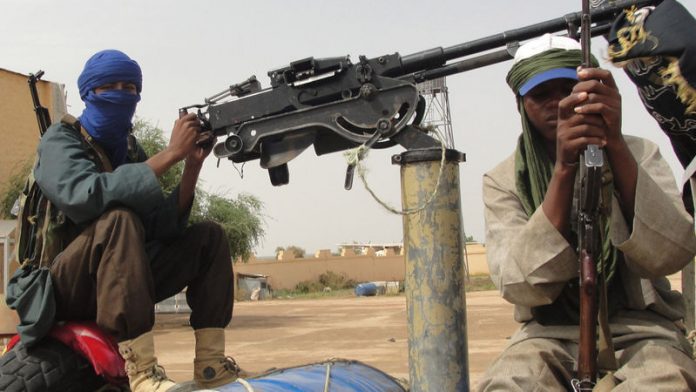 "The best information that we have at this time is that US citizens are among the hostages," state department spokesperson Victoria Nuland said on Wednesday, but she added that for the safety of the people concerned she would not give further details on how many were held and who they were.

Armed extremists claiming to have come from Mali earlier on Wednesday killed two foreigners, including a Briton, and kidnapped a group of workers in a raid near the Algerian gas field, officials said.

The attack near the In Aménas gas field in southern Algeria appears to be the first reprisal against Western interests for a French-backed offensive against jihadists in neighbouring Mali.

Algeria's APS news agency gave a toll of two people killed, including a Briton, and six injured in the dawn attack by suspected al-Qaeda loyalists in Tigantourine.

A spokesperson for the Islamist militants said the group was holding 41 foreigners hostage after the attack.

"Forty-one Westerners including seven Americans, French, British and Japanese citizens have been taken hostage," the spokesperson told the Mauritanian News Agency as well as Sahara Media.

Hostages held at gas plant
He said five of the hostages were being held at the gas plant, while the others were in a housing complex on the site.

Nuland condemned the attack and said US Secretary of State Hillary Clinton on Wednesday was talking to Algerian Prime Minister Abdelmalek Sellal about the situation and had also spoken with the US ambassador to Algiers.

The White House said it was also following the situation. "We are monitoring the situation closely and are in touch with the Algerians and our other partners in the region," national security council spokesperson Tommy Vietor told Agence France-Presse. – Sapa-AFP

Citizens have for a year protested against the president seeking a third term in office despite a two-term limit. Many have been killed — and 90 more people died in this week’s crackdown
Read more
Education

President Keita faces no shortage of challenges to his authority. Can he hold on to power?
Read more
Advertising