Sunderland out of FA Cup, Fulham hang on 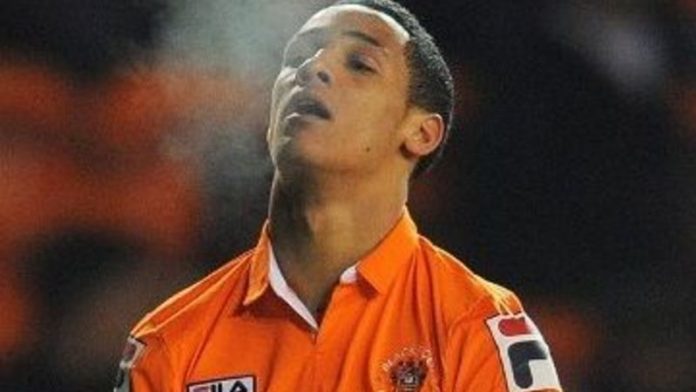 Meanwhile, Fulham celebrated the narrowest of narrow escapes against Blackpool on Tuesday.

Sunderland have enjoyed an upsurge in Premier League fortunes in recent weeks, moving six points clear of the relegation zone, but they joined north-east rivals Newcastle United in falling at the first hurdle in the cup.

England Under-21 striker Marvin Sordell was the match-winner at the Reebok Stadium, striking twice in the space of nine second-half minutes to earn Bolton a home game with Everton in the fourth round.

His first goal arrived from the penalty spot in the 64th minute after a foul on Darren Pratley by Jack Colback, before he dispatched a Tyrone Mears cut-back in the 73rd minute to complete the scoring.

"This is a big club and we shouldn't be spending 40 years without winning something, we really shouldn't," said Sunderland manager Martin O'Neill. "I know some people field weakened sides but we didn't. We tried to win tonight and we weren't able to do it, and that was very disappointing."

On the prospect of a meeting with Everton, Bolton coach Dougie Freedman said: "We're looking forward to it. "We feel right now that we can perform against anyone, and if we defend like we did tonight and keep our discipline, we have definitely got every chance."

Road to next round
Fulham were on the verge of elimination to Bolton's Championship rivals Blackpool after on-loan Aston Villa forward Nathan Delfouneso put the hosts 1-0 up in the 82nd minute at Bloomfield Road.

However, a stunning 25-yard strike by Kieran Richardson in the last minute took the game to extra time and Fulham skipper Brede Hangeland scored the winner with four minutes left to secure a 2-1 win.

Fulham will now meet either Manchester United or West Ham United, who lock horns in a replay at Old Trafford on Wednesday. Jon Walters went some way towards atoning for his horror show in Stoke City's 4-0 loss to Chelsea at the weekend by scoring twice as Tony Pulis' side saw off Championship club Crystal Palace 4-1 after extra time.

Walters scored two own goals and missed a penalty in Saturday's game but he netted twice in extra time on his return to the Britannia Stadium, after Glenn Murray's 87th-minute penalty for Palace cancelled out Kenwyne Jones' opener.

Cameron Jerome claimed a late fourth for Stoke, who will tackle English champions Manchester City for a place in round five in what is a repeat of the 2011 final which City won.

Chelsea, meanwhile, will face a trip to third-tier Brentford in the fourth round after the League One outfit saw off Southend United 2-1. In the only all-Premier League encounter of the evening, Queens Park Rangers put their relegation fears to one side to win 1-0 at West Bromwich Albion through a 75th-minute header by Jay Bothroyd.

Wigan Athletic avoided an upset as Mauro Boselli's emphatic 18th-minute strike gave them a 1-0 win away to third-tier Bournemouth, who twice hit the frame of the goal.

Former Senegal star El-Hadji Diouf celebrated his 32nd birthday by scoring the decisive goal from the penalty spot as Leeds United won 2-1 at Birmingham City to set up a home tie with Tottenham Hotspur.

Arsenal host Swansea City in another all-Premier League replay on Wednesday, with second-tier Brighton and Hove Albion, conquerors of Newcastle, awaiting the victors in round four. – Sapa-AFP

Midway, and it’s an unpredictable conclusion

Emery finds it hard to put case for Gunners defence