Art you can wear on your neck 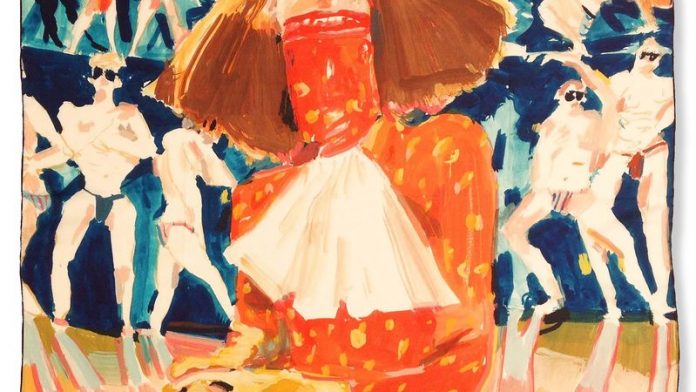 “The idea … was to source artisans, printers and fabricators from around the world — not just South Africa,” she says, “to work with local artists in experimenting with media outside their normal practices.”

The scarves are a “crossover between art, fashion and design”, MacGarry says, turning “artworks into wearable silk accessories. I want people to wear them [not just frame them].”

For her first range, MacGarry chose artists whose work was “graphically strong” and which she knew would “translate well on to the medium”. The summer range, she says, has a “sort of Seventies’ nostalgia, through its muted palette and colour range. However, the intention is not for each scarf to fit into a curatorial theme, but to be unique to the artist’s expression.”

Penn, whose intricate work appears on two of the scarves, says he has been approached on a number of occasions for collaborations, but that it was important that “the integrity of the work is maintained, and that the work gains something extra in the translation. It’s also important that the project does not over-commercialise the work.”

Penn’s work — about “origins, the origins of life, of the universe, of ­gestures that are passed from generation to generation” and that deal with the infinitely vast and small interactions and processes of space — adds an ephemeral texture to the delicate silk.

To translate the artworks into scarves, works were photographed and then digitally processed — including the addition of a subtly placed L’MAD logo — before being printed on to the silk.

The pure silk twill was sourced by MacGarry in China, and the scarves manufactured locally in South Africa.

“It’s quite challenging not to produce overseas,” says MacGarry, “because we don’t have comparable technology here. The biggest challenge was to reach a point where the production became affordable, without compromising on quality.”

Each scarf is limited to an edition of 50, and sells for R1 200 (excluding postage). The scarves are currently only available online but will soon be stocked at Guillotine at 44 Stanley, Johannesburg, with stockists in Cape Town and the United Kingdom to be announced later this year. Visit lmadcollection.com or email: [email protected]

Although the new strain 501Y.V2 of the virus has spread 50% more rapidly, current evidence shows that it is not more severe than the one experienced in the first wave
Opinion