How the people of Timbuktu saved the treasured manuscripts 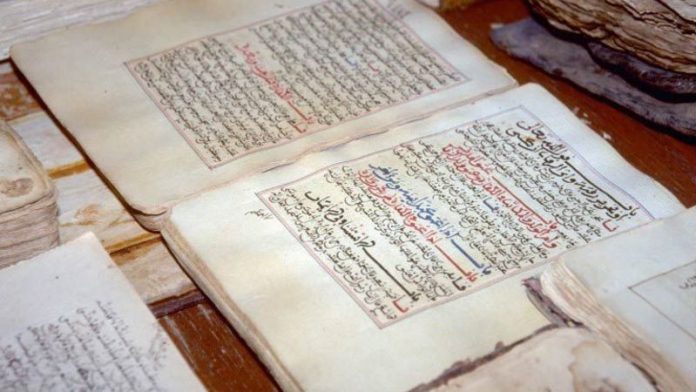 For eight days after the Islamists set fire to one of the world's most precious collections of ancient manuscripts, the alarm inside the building blared. It was an eerie, repetitive beeping, a cry from the innards of the injured library that echoed around the world.

The al-Qaeda-linked extremists who ransacked the institute wanted to deal a final blow to Mali, whose northern half they had held for 10 months before retreating in the face of a French-led military advance. They also wanted to deal a blow to the world, especially France, whose capital houses the headquarters of Unesco, the organisation which recognised and elevated Timbuktu's monuments to its list of World Heritage sites.

So as they left, they torched the Ahmed Baba Institute of Higher Learning and Islamic Research, aiming to destroy a heritage of 30 000 manuscripts that date back to the 13th century.

"These manuscripts are our identity," said Abdoulaye Cisse, the library's acting director. "It's through these manuscripts that we have been able to reconstruct our own history, the history of Africa. People think that our history is only oral, not written. What proves that we had a written history are these documents."

The first people who spotted the column of black smoke on January 23 were the residents whose homes surround the library, and they ran to tell the centre's employees. The bookbinders, manuscript restorers and security guards who work for the institute broke down and cried.

Just about the only person who didn't was Cisse, the acting director, who for months had harboured a secret. Starting last year, he and a handful of associates had conspired to save the documents so crucial to this 1 000-year-old town.

Rebels enter Timbuktu
In April 2012, when the rebels preaching a radical version of Islam first rolled into this city swirling with sand, the institute was in the process of moving its collection into a new, state-of-the-art building. The fighters commandeered the new centre, turning it into a dormitory for one of their units of foreign fighters, Cisse said. They didn't realise only about 2 000 manuscripts had been moved there, the bulk of the collection remaining at the old library, he said.

The Islamists came in, as they did in Afghanistan, with their own, severe interpretation of Islam, intent on rooting out what they saw as the veneration of idols instead of the pure worship of Allah. During their 10-month-rule, they eviscerated much of the identity of this storied city, starting with the mausoleums of their saints, which were reduced to rubble.

The turbaned fighters made women hide their faces and blotted out their images on billboards. They closed hair salons, banned makeup and forbade the music for which Mali is known.

Their final act before leaving was to go through the exhibition room in the institute, as well as the whitewashed laboratory used to restore the age-old parchments. They grabbed the books they found and burned them.

Abba Alhadi
However, they didn't bother searching the old building, where an elderly man named Abba Alhadi has spent 40 of his 72 years on earth taking care of rare manuscripts. The illiterate old man, who walks with a cane and looks like a character from the Bible, was the perfect foil for the Islamists. They wrongly assumed that the city's European-educated elite would be the ones trying to save the manuscripts, he said.

So last August, Alhadi began stuffing the thousands of books into empty rice and millet sacks.

At night, he loaded the millet sacks onto the type of trolley used to cart boxes of vegetables to the market. He pushed them across town and piled them into a lorry and onto the backs of motorcycles, which drove them to the banks of the Niger River.

From there, they floated down to the central Malian town of Mopti in a pinasse, a narrow, canoe-like boat. Then cars drove them from Mopti, the first government-controlled town, to Mali's capital, Bamako, over 1 000 kilometres from Timbuktu.

"I have spent my life protecting these manuscripts. This has been my life's work. And I had to come to terms with the fact that I could no longer protect them here," said Alhadi. "It hurt me deeply to see them go, but I took strength knowing that they were being sent to a safe place."

It took two weeks in all to spirit out the bulk of the collection, around 28 000 texts housed in the old building covering the subjects of theology, astronomy, geography and more. There was nothing they could do, however, for the 2 000 documents that had already been transferred to the new library, to its exhibition and restoration rooms, and to a basement vault.

Cisse took solace knowing that most of the texts in the new library had been digitised.

Ahmed Baba Institute torched by rebels
Even so, when his staff came to tell him about the fire set by rebels in January, he felt a constriction in his chest.

The new library is housed inside a modern building, whose sheer walls are made to resemble the mud-walled homes of Timbuktu. Cisse braved his fear to slip through the back gate on the morning of January 24.

The alarm was still screaming. The empty manuscript boxes were strewn on the ground outside in the brick courtyard. All that was left of the books was a soft, feathery ash.

Cisse then entered the library. The glass cases in the exhibit room were empty. So was the manuscript restoration lab, its white tables blanketed in dust. The manuscripts left out were gone.

But the librarian knew the bulk of the books were in a storage room in the basement. With the alarm still screaming, he walked down the flight of pitch-black stairs. The room had been locked shut. And he was too afraid to open it, because the mayor of Timbuktu had warned residents that the retreating rebels had mined the town and booby-trapped strategic buildings.

On January 28, a column of more than 600 French troops rolled into the city. The same day, they came to inspect the institute. They spraypainted in pink the word "OK" in front of each room they cleared, working their way to the basement. They pummelled the locked door. When the door slapped open, Cisse felt as if his chest was about to explode.

They beamed a flashlight into the darkness. In the pools of light, he made out the little bundles of parchments sitting on the rafters. They were where they had left them nearly a year ago, in a room the Islamists had never discovered.

'I did it for all of humanity'
The director-general of Unesco toured the damaged library this weekend, alongside French President Francois Hollande, who made a triumphant visit to Timbuktu. She described the manuscripts as a global treasure. "They are part of our world heritage," said Irina Bokova. "They are important for all of Africa, as well as for all of the world."

Cisse estimates that what was lost in the end is less than 5% of the Ahmed Baba collection. Which texts were burned is not yet known.

He stresses that all the manuscripts, which date back over 700 years, are irreplaceable. They are hand-written in a variety of scripts, and include ornate illustrations embedded within the text. The collection is itself only a portion of the estimated 101 820 manuscripts stored in private libraries here, the product of the confluence of caravan routes which passed through Timbuktu and fostered an extensive trading network, including in books. Among the most valuable are the Tarikh al-Sudan and the Tarikh al-Fattash, chronicles which describe life in Timbuktu during the Songhai Empire in the 16th century.

"We lost a lot of our riches. But we were also able to save a great deal of our riches, and for that I am overcome with joy," Cisse said. "These manuscripts represent who we are … I saved these books in the name of Timbuktu first, because I am from Timbuktu. Then I did it for my country. And also for all of humanity. Because knowledge is for all of humanity." – Sapa-AP