France to withdraw troops from Mali in March 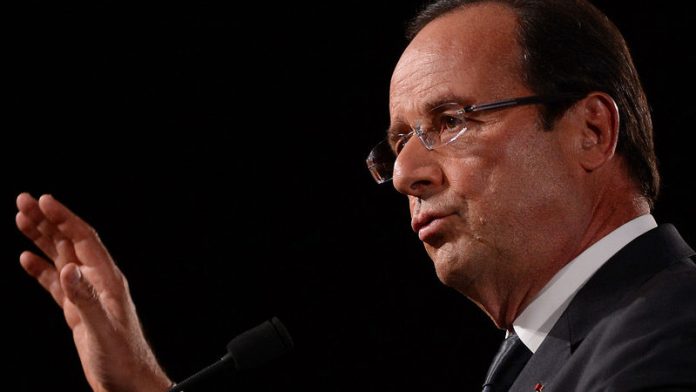 France's Defence Minister Jean-Yves Le Drian said the 26-day military intervention killed "several hundred" militants as its air and ground forces chased them from their northern strongholds into remote mountainous terrain in the far north-east, near the Algerian border.

The defence ministry said the militants died in French air strikes on vehicles transporting fighters and equipment, and in "direct combat" in the key central and northern towns of Konna and Gao.

France's sole fatality so far has been a helicopter pilot killed at the start of the military operation.

Mali said 11 of its troops were killed and 60 wounded after the battle at Konna last month but has not since released a new death toll.

The Malian army took "some prisoners, not many, who will have to answer to Malian courts and to international justice," Le Drian said, adding that some of those detained were high-ranking militants.

France expects to begin withdrawing its soldiers from Mali "starting in March, if all goes as planned," Fabius told daily Metro in an interview published on Wednesday.

"France has no intention of remaining in Mali for the long-term. It is up to the Africans and to the Malians themselves to guarantee the country's security, territorial integrity and sovereignty."

French hostages
While asserting that the "narco-terrorists have been stopped", the top French diplomat stressed that "there could always be individual actions" and all players must remain on their guard as "the risk is always present".

Nearly 4 000 troops from France are currently deployed in Mali, and the former colonial ruler is keen to hand over the operation to African forces amid warnings the militants could now launch a prolonged insurgency.

The French defence ministry said Kidal – the last town to fall of those seized by al-Qaeda-linked fighters who occupied northern Mali for 10 months – was now under the control of French forces and about 1 800 troops from Chad.

The rebels have fled to the Adrar des Ifoghas massif around Kidal, a craggy mountain landscape honeycombed with caves where they are believed to be holding seven French hostages.

One of the militant groups, the Movement for Oneness and Jihad in West Africa, said it had attacked military positions in Gao, the largest city in the north – a claim denied by West African forces.

"The combat isn't over. The attacks are going to continue," the movement's Abou Dardar told Agence France-Presse.

Arrest of militant leaders
A security source in Mali confirmed the Tuareg group was in the town 80km from the Niger border, which troops from Niger took from militant occupiers but then left as they continued their advance.

The liberation movement – which originally fought alongside the militants but then fell out with them – earlier said it was working with France against "terrorists" in the region.

"In the framework of anti-terrorist coordination put in place with French forces," the Azawad National Liberation Movement will provide intelligence on "top terrorist officials" they have arrested, a spokesperson said in Burkina Faso.

The group said it was responsible for Sunday's arrest of two militant leaders, Mohamed Moussa Ag Mohamed, the number three in Ansar Dine, and Oumeini Ould Baba Akhmed of the Movement for Oneness and Jihad in West Africa.

The Azawad National Liberation Movement launched a rebellion a year ago fighting for an independent state for the desert nomad Tuareg people, who have long felt marginalised by Mali's government.

But after being chased from their strongholds by the militants, they have voiced a willingness to negotiate since France intervened.

'Fight drug trafficking'
With France eager to shed some of the military burden and 8 000 pledged troops from Africa being deployed at a slow trickle, observers have said Paris is likely examining whether the Azawad National Liberation Movement is a possible partner.

Le Drian said France had "functional relations" with the group in Kidal but that fighting terrorists alongside them was "not our objective".

Analysts said the groups that seized north Mali depended on drug trafficking, smuggling and kidnapping to arm themselves.

In Brussels, global players including the United Nations and African Union met to carve out plans for Mali's future once the 26-day-old offensive draws to an end, urging elections – which Mali's interim government has promised by July 31 – and a national dialogue. – AFP