Zuma urged to observe a minute’s silence for rape victims 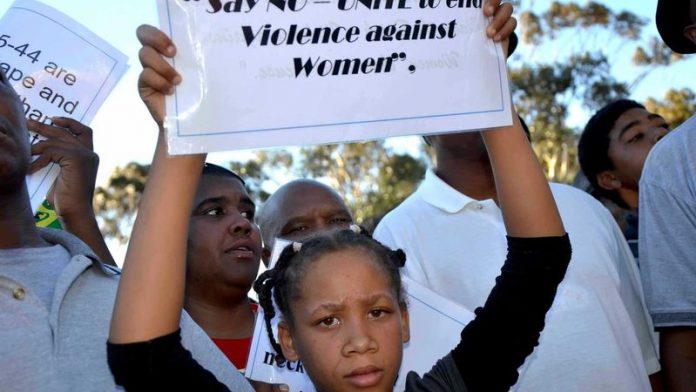 Non-governmental groups have urged President Jacob Zuma to observe a minute of silence for rape victims before his State of the Nation address (Sona) on Thursday.

"This matter needs urgent attention. We appeal to President Zuma to observe a minute of silence for the victims of rape and other forms of violence," Sonke Gender Justice Network representative Micheline Muzaneza said.

Womens' rights organisations, religious groups and the Congress of South African Trade Unions (Cosatu) met in Johannesburg to devise a programme of action against rape and violence.

The guidelines were being developed together with Lawyers Against Abuse, an organisation that provides legal services to victims of gender-based violence.

Great concern
​"We are concerned over the rape of pupils, especially where a teacher is the alleged perpetrator. The guidelines on how to handle such incidents would help education authorities and social workers alike," said Pooe.

Cosatu secretary-general Zwelinzima Vavi said the brutality and violent nature of sexual assaults across the country, which have most recently included the brutal gang rape and murder of 17-year-old Anene Booysen, was worrying.

"The violent nature of our society is of great concern … this is not only about rape, but the brutality and extreme violence that accompanies the crime," he said. He appealed to organisations to fight rape and violence with one voice.

Zuma's spokesman Mac Maharaj said the president's door was always open for anyone with views on how to counter the problem. "If the organisations want President Zuma to observe a moment of silence for rape victims, they know the channels they have to follow," he said. – Sapa