The conviction is damning for the South African mobile giant, as it provides judicial corroboration that the company used sanctions-busting networks to beef up its technical infrastructure in Iran.

The salesperson's alleged co-conspirator is also on trial in the US on charges that he serviced embargoed US technology for a "front company" of MTN Irancell.

MTN has denied complicity in sanctions busting after detailed allegations last year that it dodged embargoes by routing high-end computer equipment through a network of Middle Eastern companies.

The company has been at the centre of a storm after a rival operator, Turkcell, accused it of paying bribes and peddling South African and Iranian political influence to win a lucrative Iranian mobile licence there.

MTN asserted last month that an inquiry that it commissioned, led by retired British judge Lord Leonard Hoffmann, had cleared it of wrongdoing. But the matter is still before a US civil court.

Jailed for four years, the salesperson, Mohammad Hajian, an Iranian-born US citizen, tried to have his sentenced reduced by telling a US court in October last year that he sold super-computers worth about $14-million to "a South African cellphone company in Iran [a reference to MTN]", rather than to the regime itself.

Enterprise level server
Prosecutors told the district court in Tampa, Florida, that the equipment sold to MTN Irancell in 2009 could have military applications and be used to spy on citizens.

US attorney Robert O'Neill told the court: "Even if used by [MTN] Irancell now, Iran could redeploy the equipment at any time … The equipment is capable of being used by Irancell, or others, to access private information about subscribers and possibly communications content."

The equipment Hajian was found to have illegally sold included a Sun Microsystems M9000 "enterprise level server, the largest and most powerful Unix processor that Oracle Sun sells", prosecutors said,  and a Hitachi Data Systems array, described as having the capacity to support various applications and store vast amounts of data useful for large companies and defence departments.

However, in his sentencing memorandum, Hajian stated that the network was geared solely for a deal with MTN Irancell: "All the merchandise was for non-military use and was intended to facilitate a joint venture between a South African cellphone company and a non-governmental Iranian entity related to the provision of civilian cellular telephone service within Iran. [The] offence involves the shipment of computer-related equipment for a South African cellphone company and not weapons of mass destruction."

US district judge Virginia Her­nandez-Covington ruled that the equipment "could be dangerous" in Iran, whether controlled by the government or by MTN Irancell.

In any event, Hajian's assertion that Irancell was a civilian, non-governmental partnership was inaccurate. Although MTN owns 49% of the company, the balance is held by a consortium owned by two state-linked partners.

The first, the purportedly charitable Bonyad Mostazafan Foundation, is understood to be controlled by the Iran Revolutionary Guard and the second, the state-owned defence company Sairan, reports directly to Iran's minister of defence.

According to the criminal complaint filed in court, Hajian hired Talley to power up and service the giant servers destined for Iran, because the manufacturers suspected they might end up in Iran and refused to deploy their own engineers.

Talley also allegedly ran a data centre in Dubai where he trained engineers whom "he believed were employed by Patco". Prosecutors said the Dubai-based Patco Group was the conduit for the equipment into Iran. "Patco has been identified by investigators as a front company for Hajian's Iran-based customer's company." The latter is understood to be MTN Irancell.

According to an online profile of a man stating that he works for MTN Irancell as an IT operator, his employer, Patco, is MTN Irancell's IT partner.

The US prosecutor's account of Hajian's and Talley's activities seemingly dovetails with allegations by Reuters last year that "MTN was well aware of the US sanctions, wrestled with how to deal with them and ultimately decided to circumvent them by relying on Middle Eastern firms inside and outside Iran".

Embargoed equipment
Kilowan, also Turkcell's main witness in its complaint against MTN, claimed that Arya Hamrah was an Iranian front "used to camouflage purchases of embargoed equipment" by MTN Irancell.

He said MTN Irancell obtained Sun servers – like those exported by Hajian – from an Iranian firm, Patsa Co, a shareholder in Arya Hamrah.

Last year, the Mail & Guardian reported allegations from sources in MTN Irancell that the company and its contractors had actively assisted the state in targeting political activists by providing person-specific data.

MTN has consistently denied circumventing embargoes and expressed outrage at claims that its technology could be used to identify and persecute dissidents.

Paul Norman, MTN group's chief human resources and corporate affairs officer, has said: "MTN works with reputable international suppliers. We have checked vendor-compliance procedures and continue to monitor them and we are confident they are robust." 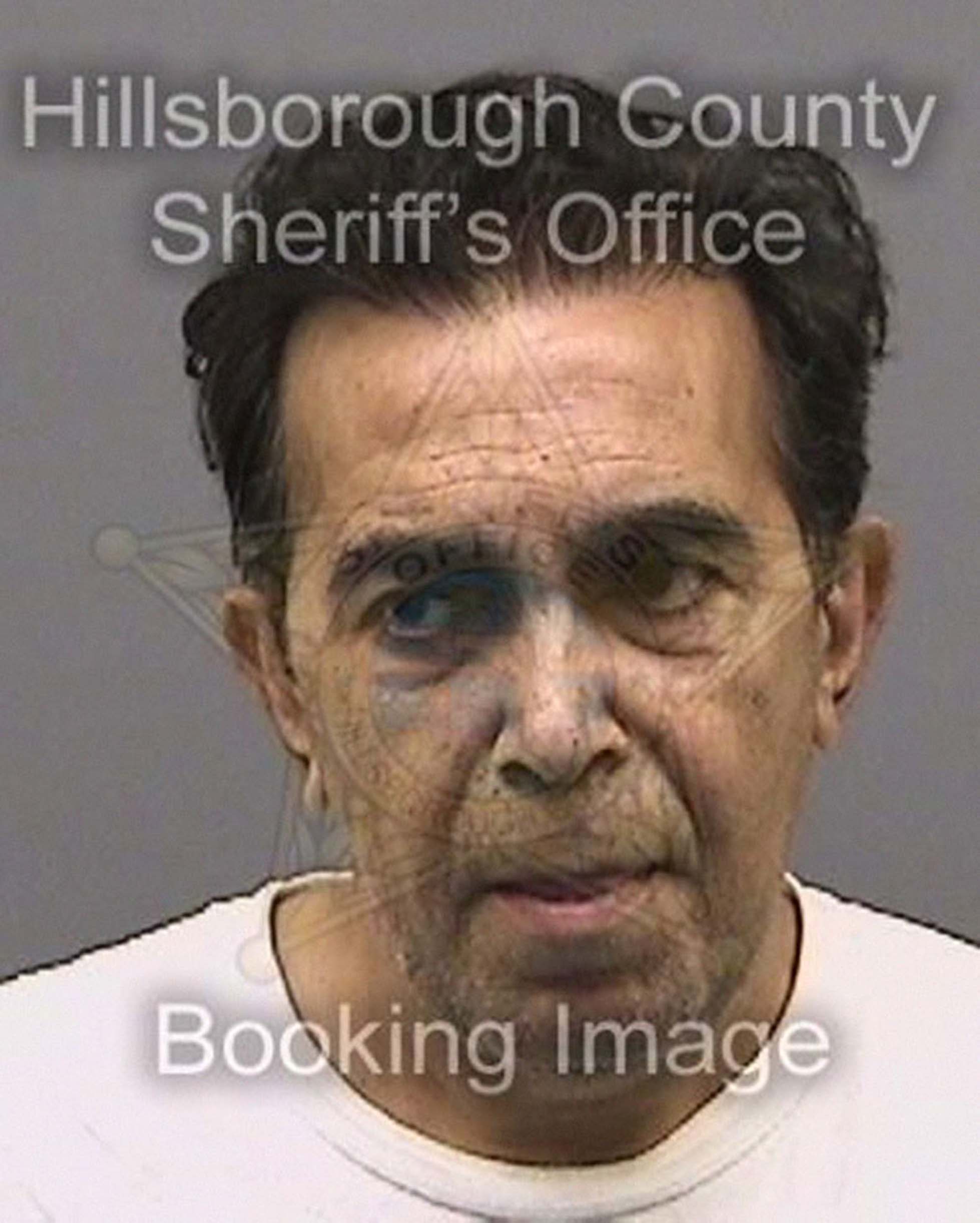 Mohammad Hajian gambled ­everything on his sanctions-busting deal with MTN's cell operation in Iran.

An Iranian immigrant to the United States, he had risen to be a senior US government roads engineer and "had never been in trouble". But documents from his trial in Tampa last year and others from the trial of his co-conspirator reveal how an increasingly bitter and desperate Hajian pursued the deal, even after being investigated by federal agencies.

Born to a brick factory owner in Tehran, Hajian moved to the US in 1974 to study civil engineering and lived among fellow Iranian exiles in Daytona Beach.

Hajian told the court that his support for the former shah was such that one of the his former generals had introduced him to his wife and, therefore, he had no intention of empowering the Ahmadinejad regime through his Irancell deal.

In his sentencing memorandum, Hajian's lawyer said his first immigrant dream was smashed when, "not long after the hostage crisis in Iran, Mr Hajian was shaken by the politically motivated murder of his best friend by a hitchhiker. The man told the police afterwards that they 'should be proud of [me] for killing an Iranian'".

From 1983 until 1996, he was a project manager for a US county. Then he moved his family back to Tehran, where he began importing European computer parts "for export to American companies".

Sanctions-busting companies
However, according to investigators, the US treasury department warned him as early as 2001 that his computer business could be violating Iran trade embargoes.

Hajian then gambled on US real estate and lost. He planned to build 16 townhouses on land he had bought in Tampa, but the property market crashed.

According to prosecutors, he began conspiring to ship embargoed US technology to Iran in late 2003. With his US-based sanctions-busting companies operational and links to front companies in Dubai and Tehran established, he returned to live in Tampa in 2005.

In a letter he sent to his Florida senator in 2010, Hajian said he had invested all his life savings in financing the purchase of powerful computer servers worth $800 000 for export.

When MTN Irancell launched in 2006, he knew he had the enterprise-level servers it would need to roll out its service, including Oracle Sun and Hitachi arrays.

He told the court: "The merchandise was intended to  facilitate a joint venture between a South African cellphone company and a non-governmental Iranian entity."

With manufacturers refusing to power up the servers, Hajian asked a Seattle engineer, John Talley, to live in Iran for a year to complete the work, US ­prosecutors claim. According to the criminal complaint, Hajian pressed Talley to run the risk of working illicitly on a tourist visa but Talley refused and allegedly performed the work from the United Arab Emirates.

Hajian continued to service his exports after agents searched his home in January 2010. He also complained to his senator that he feared that prejudice over his Iranian origins had spurred US agencies to block his shipments.

On September 13 2011, Hajian began seeking legal cover. Using his iPhone, prosecutors claimed, he recorded Talley telling him investigators had asked him (Talley) to "wear a wire".

The court found that Hajian had raised at least $10-million in revenue from the sales, which it confiscated.