Test cricket: Just ‘leave’ might be the best advice for Pakistan 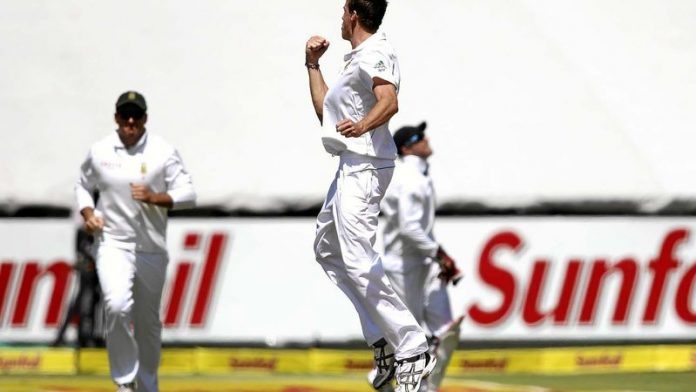 Due respect and a desire not to perpetuate old myths about national characteristics may have prevented many from saying anything publicly, but when Pakistan were rolled over for 49 at the Wanderers last week, many an eyebrow was raised – although not by those who watched the events unfold live.

When Pakistan were bundled out for 59 and 53 by Australia in Sharjah a decade ago, they showed the interest and resilience of snowmen in the desert. Last week, they were committed and fought hard. Not a single member of the top seven played a reckless shot or could be accused of giving his wicket away. It would have been so much easier to start the second Test if they had.

Instead, they started again in the chilling knowledge that the best they could hope for was a decrease in intensity and a drop in form from the Proteas seam attack.

But isn't there something they can do differently? Anything?

"It's hard to imagine giving advice to a batting line-up against this attack but you have to start somewhere. You can't simply go into the next Test match without something to work on, because thoughts of 49 all out don't go away very easily," the former Proteas coach, Eric Simons, said.

"The starting point with Dale [Steyn], perhaps, is to look at how many deliveries they played at which they could have been left alone. It's an extremely fine line between leaving a delivery that misses off stump by a few centimetres and one that knocks it out of the ground, but those are the sorts of margins that you are dealing with playing against him," said Simons, now head coach of Indian Premier League franchise the Delhi Daredevils.

"The theory would be to leave so many balls close to off stump that he becomes frustrated and then starts 'stump hunting' and bowling straighter, therefore losing his swing.

"Leaving" theory
Unfortunately, Dale can swing the ball from middle stump – he swings it from a straighter angle than anyone in the world, so it isn't easy," Simons says with a huge understatement.

The same "leaving" theory applies to Morné Morkel – perhaps even more so, according to Simons, who coaches him in Delhi. But again, it's a lot easier said than done.

"Morné isn't going to hit the stumps very often with his 'stock' delivery so, once again, the batsmen need to leave as many deliveries as possible because his height and bounce mean that most deliveries pass over stump height.

"But that's a 'theory', which doesn't always work in practice because the ball is angled in to your body more often than not so, if you leave it and can't get out of the way, you could have broken ribs."

There is a tenuous theory that Vernon Philander's voracious start to his Test career can be partly ascribed to the form of Steyn and Morkel. There are suggestions that he is a high-class hyena, picking off the very best parts of the carcass soon after the other two have laid it to rest. At best, that's only half true. Half of Philander's wickets have been taken with the new ball.

"If you look at how many of their batsmen were caught in the [slip] cordon then, yes, you would ask whether they played at too many but I'd prefer to give credit to our bowlers [for] the angles they created and the doubt they created in batsmen's minds with their consistency and swing," Graeme Smith said before the Test.

Loose balls
"Personally, and from the bowlers' point of view, we'd be only too happy if the Pakistan batsmen arrive at the crease with a 'leave it' mentality. That would create even more doubt in their minds and make them tentative, which is not what you want as a batsman," Smith said.

All this proposed "leaving" is not going to result in many runs. Clearly there's no point in keeping wickets intact and finishing the day on 120-4.

"No, they absolutely must stay in a positive frame of mind. They're not going to get very many loose balls early on but the point of leaving as many balls as possible is to tire the bowlers out, extend the innings as long as possible and, hopefully, scoring opportunities will finally present themselves. So, when they're given a bit of width outside off stump, they must cash in," Simons said.

A new technical approach is one thing. As always in sport, the mental approach is equally important. "I assume they have really talked, openly and honestly, about what happened to them in Jo'burg. As the fourth best team in the world, being bowled out for less than 50 in conditions that were far from extreme – that scars you," Simons said.

There is another alternative. Leave the batting just as it is, be positive, but accept that you may well be bowled out for 150. Then make sure you bowl the opposition out for 140. After all, this Pakistan team's strength almost certainly lies with its seamers and seven-foot Mohammed Irfan seemed certain to make his debut in the days preceding the match.