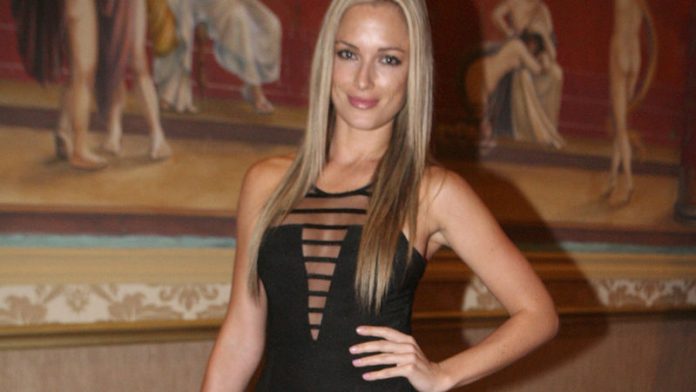 Three stories regarding gender-based violence have recently "shocked" the world: the rape and mutilation of 23-year-old Indian Jyoti Singh Pandey on a public bus in New Dehli, the rape and disembowelment of 17-year-old South African Anene Booysen in a small 'dorp' near Cape Town, and the killing of 29-year-old South African Reeva Steenkamp in her boyfriend's luxury residence in Pretoria. These three atrocities have headlined world news over the last two months, yet they are by no means rare or unusual. Violence against women – sexual, physical and often residing in a domestic space – has become so normalised in South Africa and worldwide, that it has taken centuries of abuse topped by three global tragedies for us to speak out.

After the rape of Booysen, South Africa President Jacob Zuma released a statement calling for an end to "these types of acts". Zuma uses the word "victims" to refer to women who experience abuse, through which he emphasises the male gaze on gender-based violence. This type of gendered language re-establishes gender roles in a patriarchal society, and contributes to the perpetuation of violence that defines South Africa. By casting women in one of two respective roles, either that of "victim" or "care-taker", while simultaneously establishing men in their respective role of "perpetrator" or "protector", we (perhaps unknowingly) actively contribute to the normalisation of gender-based violence.

In an obituary dedicated to the late Reeva Steenkamp, established journalist, friend to Reeva, and former editor of FHM South Africa, Hagen Engler refers to the paralegal as "carrying a bit of extra weight" during an audition for a modeling assignment with FHM. It is obvious from Engler's article that he cared deeply for Steenkamp, and I don't question his affection for her. However, this type of seemingly innocent commentary on women's bodies reaffirms a culture of control, possession and critique of men over women, a culture which strongly resides in the South African landscape. Worryingly, reactions to this comment varied; there were those claiming that "in context" it made sense to criticise her weight given her profession, while others argued it was "unnecessary in an obituary", and that the FHM culture was a "part of the problem" (read: that the FHM culture contributes to the perpetuation of gender-based violence). The fact that we are arguing about whether commenting on a woman's weight in an obituary is acceptable or not highlights the deep-rooted fault in our mentality regarding women's bodies.

By accepting consistent commentary on girls' and women's bodies as the norm, we are teaching girls that the primary reaction to their body should be negative, and we reinforce the idea that boys and men have free reign to dictate women's experiences of their own bodies through expression of said commentary. This faults both sexes; women are often hypercritical of their bodies, and might feel compelled to stay in an unsafe environment out of fear, insecurity or a misplaced sense of guilt and/or responsibility (bearing in mind that blame should never be placed on the subject of violence, unsafe environment notwithstanding). It faults men, because they detach the "woman's body" from the actual woman; men are conditioned to mistakenly assume that the body of a woman in a magazine does not belong to a "real woman", as opposed to the body of, for example, their mother. Detaching the concept of a "woman's body" from the fact that this body also belongs to a "real woman" makes violating this body easier.

Globally, we are now (most likely temporarily) focused on (the bodies of) three women who have been raped, mutilated, disgraced, exploited, critiqued and left to die. We are shocked and devastated at these repetitive instances of violence against girls and women, and we are disgusted with the persistent environment of sexual violence in South Africa. We are up in arms, and actively tweeting that #thisneedstostop. Yet we have no idea how to make it stop. We have become unsure of our ability to make a difference, to alter the horrific reality of violence against girls and women that makes the future of South Africa increasingly bleak. The high statistics of rape – of girls, gays, senior citizens, straights, women, babies, boys, men – have paralysed us and whatever mobility is left resides almost entirely in a digital network.

The good news in this horrific mess is that there are ways in which we can make a difference in our immediate surroundings, in an effort to make space for greater societal change. In South Africa, the overarching and dictating patriarchy, in addition to the discourse that surrounds it, has to stop. The president (as one of many things on his to do list) can no longer use belittling, gendered language in reference to 51% of South Africa, and the past editor of FHM has to assume the same responsibility (here I am not arguing against the magazine on a whole; I am arguing the naturalness with which a judgmental comment about a woman's body escaped Engler's pen). There are more than enough men that can join the fight against gender-based violence, that can focus their efforts on being better role models, and that can take responsibility to speak about and interact with girls and women as equal citizens and human beings. By no means am I inferring that gender-based violence will end as a result solely due to this suggestion, but even if we are unable to do "something bigger", taking responsibility for our current mindset and didactics is a good place to start.

Many initiatives in South Africa focus on supporting girls and women that have experienced sexual violence. The award-winning NGO Girls & Football South Africa, does so by creating a safe space through football based life skills workshops for girls and young women; it promotes body ownership, safe sexuality and self-esteem. Six weeks ago we added another focus; we're looking at effective ways in which to work with boys and young men. Although the participants of our workshops are strong girls who have learned their right to say "no!", what good does this do if boys aren't ready to listen?

We have started writing a conceptual, practical guide to working with girls, boys, women and men in creating safe and healthy discourse around the deconstruction of harmful gender barriers. Through collective stories, research and findings on girls, boys and violence in South Africa, we combine theoretical research with a hands-on approach on how to reduce the perpetuation of sexual violence. The book is meant for those interested in smart ways to prevent destructive stereotyping and violence in school, community and club settings. Our tailored exercises and workshop activities through football will help boys understand masculinities and their role in creating a safer South Africa.

A collective effort is necessary to make this stop. To find out how you can help, email us at [email protected].

Jos Dirkx is the founder and director of award-winning NGO Girls & Football South Africa. She spoke at TedX on "Girls, Football and Learning" and is a Women Deliver 2013 Young Leader. She has worked at the United Nations in Sudan and Eritrea, has lived in 10 countries, and is passionate about gender equality, media, technology and change.