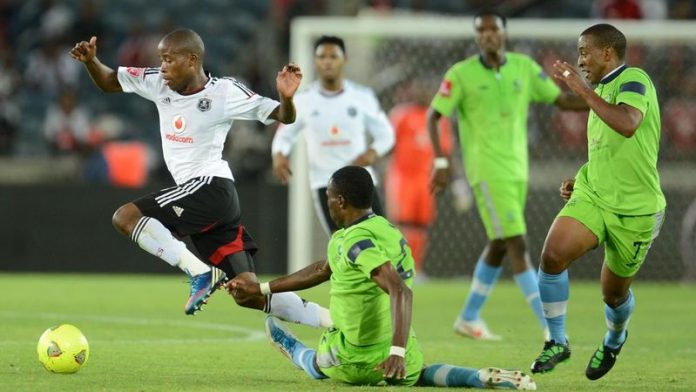 Orlando Pirates were far from their best against a strong Stars side on Wednesday, creating few chances and allowing the visitors too much time on the ball, according to the coach.

The victory, though, kept the pressure on table toppers Kaizer Chiefs who remain two points ahead of their Soweto rivals, with Bucs holding a match in hand.

“The game, it was a bit scrappy, it wasn't very fluid,” De Sa said.

“It was to be expected really. Here we had two teams trying to catch Chiefs, it often turns into a scrappy affair.

“For me it was a little bit frustrating at times as they came with a gameplan that seems to work. They waited for us and we battled a bit.”

The timing of the victory, De Sa said, could not have been better, as they venture further into the second half of the campaign.

“I think next month, after the Fifa break, it gets even worse. These are the results that matter at the end of the day.”

De Sa also confirmed Siyabonga Sangweni would be out for two to six weeks after Pirates received a medical report on his knee injury.

Chiefs, meanwhile, were too strong for Black Leopards as they ran out 3-1 winners in Polokwane to maintain their lead in the title race.

At the other end of the table, Chippa United went down 2-1 against Wits at Bidvest Stadium, with the rookies giving away an early lead and falling to the foot of the standings.

“I don't feel any pressure. I am happy that even when we are losing games we still play very well," Mugeyi said.

"Like today, we lost fighting and that is what's important for me."

Mugeyi reiterated his pleasure with the squad at his disposal.

"I am happy with my squad, all the departments. I can't complain."

Elsewhere, Free State Stars secured a 1-0 victory over Maritzburg United in Phuthaditjhaba, cementing their place in fourth place on the log.

University of Pretoria were held to a 1-1 draw by Moroka Swallows at Tuks Stadium, and SuperSport United drew their 12th game of the season with a goalless stalemate against AmaZulu, who lifted themselves from the bottom of the table, in Umlazi. – Sapa