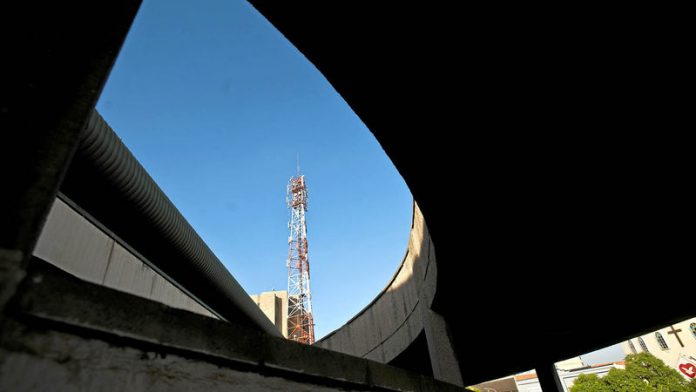 The Independent Communications Authority of South Africa (Icasa) has been unable to recoup millions of rands from non-compliant licensees. This indicates the regulator is incapable of properly managing the sector. In January, the Mail & Guardian reported that Icasa councillor Joseph Lebooa alleged that he had been hijacked and threatened with his life to drop a case against telecoms company Wireless Business Solutions (WBS). He further claimed WBS owed millions in unpaid licence fees and penalties for rolling out radio links illegally.

WBS, iBurst's sister company, denied its links were illegal and distanced itself from the attack on Lebooa, but Icasa confirmed that some links had been rolled out illegally and that WBS's payments were in arrears. Lebooa has since told the M&G that WBS was in no way singled out by him or the regulator, but was, in fact, just one of hundreds of non-compliant licencees.

"There are in excess of 700 service licencees who are non-compliant in terms of their licence fees and their Usaf [universal service and access fund] contributions."

The Usaf is intended to fund projects to achieve universal service and access to information and communications technology by all South African ­citizens. Every holder of a licence granted, or deemed to have been granted in terms of the Electronic Communications Act, is mandated to make prescribed ­contributions to the fund.

New pricing model
Furthermore, Lebooa said there were thousands of outstanding spectrum debtors, both disputed and undisputed. These cases had not yet been properly audited and the debt needed to be determined. Collection has also been hampered by disputes surrounding the introduction of new licence-fee calculations. Telecoms lawyer Dominic Cull said there were two ways of calculating the fees.

The new pricing model, introduced last year, takes into account different uses of spectrum and the need to ensure that licensees occupy the appropriate spectrum for these uses.

Previously, there was a fixed price of R770 per MHz per link a year. The new formula would reduce these fees dramatically, Cull said. Cull agreed that there were plenty of companies guilty of non-payment of licence fees, such as the South African National Defence Force and the South African Police Service.

"It is hard to get a handle on what has happened with WBS, but Icasa is under immense pressure to collect fees," he said. Following a number of qualified audits, it had become clear that "Icasa couldn't enforce its way out of a wet paper bag".

There had been no reports of non-payment in Icasa's annual financial reports, Lebooa said. "It was not reported to the department of communication or the treasury, so it always looked good."

The qualified audits have, however, been a game-changer, Cull said, and forced the revision of service licence-fee regulation. Following its third qualified audit report, Icasa was forced into a management shake-up in November last year, in which councillors took over duties usually overseen by chief executive Themba Dlamini.

Lebooa became responsible for regional oversight and enforcement. WBS, he said, just happened to be the first case he had looked at.

Lebooa said there were more than 1 200 unpaid links "that I know of. There are possibly more." He said some of the links had been operating since 2004. Cull said the WBS case seemed like "low-hanging fruit in terms of enforcement".

Lebooa said it was probably the first to come across his desk because other staff members had long been pushing for enforcement and WBS's case was mired in politics.

A 'very competitive market'
​Cull said that, previously, if companies wanted a dedicated line, they would need to go through Telkom, but now dedicated frequency links such as those WBS had rolled out were a faster, more convenient option. He said it would not necessarily be the bigger players like Vodacom or MTN — which would use these kinds of links only temporarily — that would suffer, but rather smaller companies that would wish to ­compete with WBS.

"It's a very competitive market," he said. "My guess is that WBS owes a good couple of million."

The M&G previously reported that, according to Lebooa, WBS could potentially owe tens of millions in licence fees for several years of non-payment and R100-million if found to be operating the illegal links. "Nothing is happening … as it stands, they are illegal," Lebooa said.

When the M&G first published Lebooa's allegations against WBS, the company responded by saying that all licensees were invoiced at the beginning of every year for spectrum licence fees and WBS, like any other operator, would receive licence-fee invoices this quarter for the 2013/14 fees.

Lebooa said that Icasa had, in effect, refused to offer any protection to him or his subordinates. Nor had it offered him any legal protection, as WBS had laid a complaint of crimen injuria against the councillor two weeks ago.

Icasa's third qualified audit has placed it firmly under the spotlight. For the year 2011/12, the auditor general reported that 56% of Icasa's total planned targets were not achieved.

He further found that because of lack of controls over the invoicing and collection of licence-fee revenue, the entity's records did not permit the application of alternative audit procedures and consequently, he was unable to determine whether any adjustments to the national revenue fund receivable and resulting payable figures were necessary.

The auditor general found that Icasa did not implement proper record keeping in a timely manner to ensure that complete, relevant and accurate information was accessible and available to support financial and performance reporting. Nor did it prepare regular, accurate and complete financial and performance reports that were supported by reliable information.

The audit report also said management did not adequately review and monitor compliance with applicable laws and regulations. In a presentation to the parliamentary portfolio committee on communication, Icasa said it was attempting to attain a clean audit by 2014.

The regulator was not able to respond to questions by the time of going to print and WBS did not wish to comment.