Gordhan urges state to get with the programme 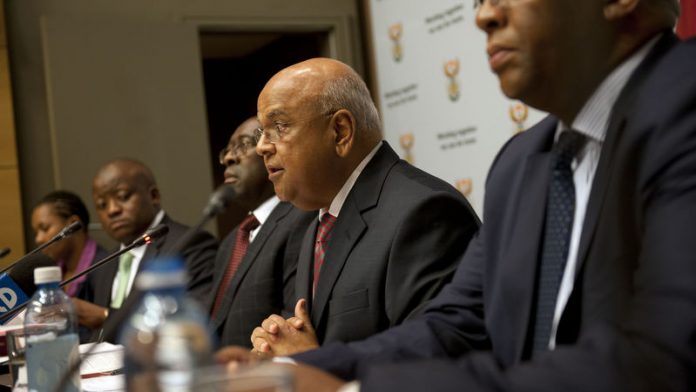 Like so many of his budgets before this one, Gordhan's message to the state has remained consistent – increase efficiencies, shift spending away from current expenditure items like wages towards investment in infrastructure, and root out corruption. But after around four years at the helm of the national treasury, it remains to be seen how much buy-in he achieved from his colleagues in the upper echelons of politics and the civil service.

Government's performance in addressing these perennial problems has been patchy and undermined by the capacity constraints and bureaucratic inertia.

The marked difference this year is that Gordhan has the country's national development plan around which to structure spending priorities, which for the first time formed the basis for a number of plans outlined in the budget. Not least of these was the emphasis on addressing the problem of youth unemployment. In what Gordhan termed merely "a further development" of the hotly debated youth wage subsidy, treasury would introduce a youth wage incentive scheme to promote the take up of young workers by employers.

The scheme was intended as a tax credit rather than a subsidy, which employers could apply against their payroll tax. The department aims to see scheme through Parliament in the first half of the year and implemented in the second. The incentive would apply for a two-year period per employee and would be reviewed after five to determine how successful it was.

Gordhan worked to reassure investors that despite lower growth estimates, coming in at 2.7% for 2013, and a revised estimate of the budget deficit coming in higher at 5.2% of gross domestic product, these numbers were quite explainable, given the global economic uncertainty. Tax revenues were affected by poor economic performance, with a shortfall of R16.3-billion.

But Gordhan stressed the work government was doing to manage this bad news, including expenditure cuts of R10.4-billion made up largely through reprioritisation and savings.

'Difficult task'
Infrastructure investment remained a key pillar on which to help drive economic growth and contribute towards mitigating joblessness. And despite slow spending on this roll-out, state spending on infrastructure grew 11% during the first nine months of 2012, boosted by major state owned companies' Eskom and Transnet's investment programmes.

But Gordhan was clearly frustrated with the slow pace of combating corruption and the continued work that was needed to develop a capable state.

"Let me be frank," he said in his speech. "This is a difficult task with too many points of resistance!"

State procurement took place across too many localities and the contracts were short term, he said.

"There is very little visibility of all these transactions. While our ablest civil servants have had great difficulty in optimising procurement, it has yielded rich pickings for those who seek to exploit it. There are also too many people who have a stake in keeping the system the way it is."

This was a job that government could not do alone, said Gordhan – as such business and broader society needed to get with the programme, making their own efforts to rub out corruption.

National treasury said 76 business entities with contracts worth R8.4-billion are believed to have infringed the procurement rules. The South African Revenue Service was currently auditing more than 300 business entities and scrutinising another 700 entities, with the value of these contracts estimated at over R10-billion, while the Financial Intelligence Centre referred over R6.5-billion for investigation linked to corrupt activities, he noted in this speech.

Nevertheless, Gordhan gave assurances that a chief procurement officer would be announced shortly. The first order of business is to improve price referencing.

The process "will take time", he said but "we are determined to make progress".