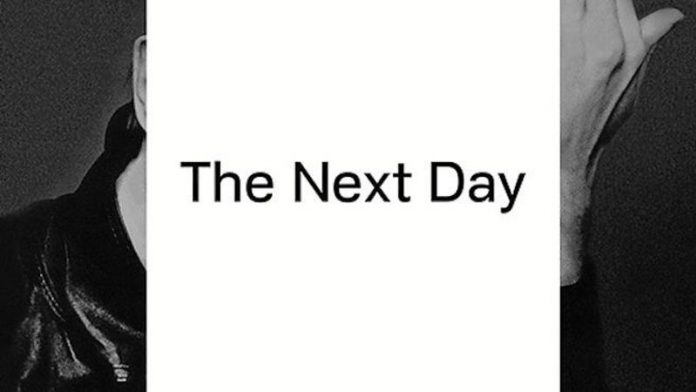 When David Bowie chose to break a decade’s silence by releasing a single, Where Are We Now?, on his 66th birthday, dissenting voices were hard to find amid the clamour made by those eager to welcome him back. Some argued that the clamour was part of the problem: it drowned out the music, which perhaps wasn’t worthy of the noisy excitement it had caused.

The reason people were so thrilled Bowie — aka David Robert Jones  — was back, they suggested, was founded in the music he made in the 1970s, a decade when almost every new album he released was an astonishingly sure-footed leap forward into uncharted territory. But Where Are We Now? was no Heroes or Sound and Vision. People were welcoming back an exhilarating, distant memory of Bowie, rather than the reality. They had a point, but Where Are We Now? still carried with it intriguing possibilities. The song found Bowie drifting nostalgically around his former adopted hometown, Berlin, suggesting The Next Day might be that rarest thing, an autobiographical work from an artist whose nakedly autobiographical songs can be numbered on the fingers of one hand.

Such speculation was bolstered by the self-referential artwork of the single and the album: the former offering an inverted photo of a skeletal Bowie onstage in 1974, the latter featuring the cover of 1977’s Heroes with the title redacted. Perhaps Bowie had spent the past decade ruminating on his past and was now issuing an album in lieu of a memoir.

Perhaps not. There is certainly a smattering of knowing sonic references to Bowie’s past works. If You Can See Me features the eerie sped-up vocal effect found on 1970’s After All and the climax of The Bewlay Brothers on the Hunky Dory album, whereas You Feel So Lonely You Could Die ends with a reprise of the beat that introduced Five Years, the first track of The Rise and Fall of Ziggy Stardust and the Spiders from Mars.

An index of Bowiean obsessions
And there are moments when you wonder whether some of the characters in The Next Day’s songs aren’t founded in personal experience: certainly, the protagonist of Love Is Lost — appointed “the voice of youth”, cosseted by luxury but fearful and paranoid, “thinking like mad” — feels remarkably like a pen portrait of the cocaine-ravaged soul in that inverted photo. But elsewhere The Next Day offers what you might call an index of Bowiean obsessions.

In the first 10 minutes alone, you get the terror of life in a dystopian dictatorship teetering on the brink of apocalypse; a feral gang of vaguely homoerotic juvenile delinquents smashing things up; the numbing isolation of stardom and the suggestion that stars themselves may actually be some kind of alien life form “soaking up our primitive world”.

Focusing on the music instead is a relative doddle. Producer Tony Visconti has suggested that The Next Day is of a piece with 1979’s Lodger and, as on that record, Bowie spends a lot of The Next Day experimenting with his vocals, offering a peculiar nasal drone on the title track.

The screaming feedback that ends Where Does the Grass Grow? recalls the climax of Boys Keep Swinging, and the fantastic If You Can See Me has some of the relentless propulsion of Move On, although it’s perhaps worth noting that the latter track was about the joyous freedom of travel, whereas the characters here are unable to escape the shadowy forces controlling their lives however far they run.

That aside, there’s none of Lodger’s unfettered experimentalism — but whatever else Bowie’s been doing, clearly at least some of the past decade has been spent carefully crafting inarguable tunes. Its melody shifting from weary sigh to frantic angst, I’d Rather Be High is utterly beautiful; Valentine’s Day is so deceptively sweet that the bleakness of its subject matter — another tyrant, bent on crushing the world beneath his heels — doesn’t initially register.

Perhaps The Next Day is destined to be remembered more for the unexpected manner in which it was announced than its contents. That doesn’t seem a fair fate for an album that’s thought-provoking, strange and filled with great songs.

Listening to it makes you hope it’s not a one-off, that his return continues apace: no mean feat, given that listening to a new album by most of his peers makes you wish they’d stick to playing the greatest hits. — © Guardian News & Media 2013

There’s a Bowie in all of us