Peace weighs on DRC as commitments pile up 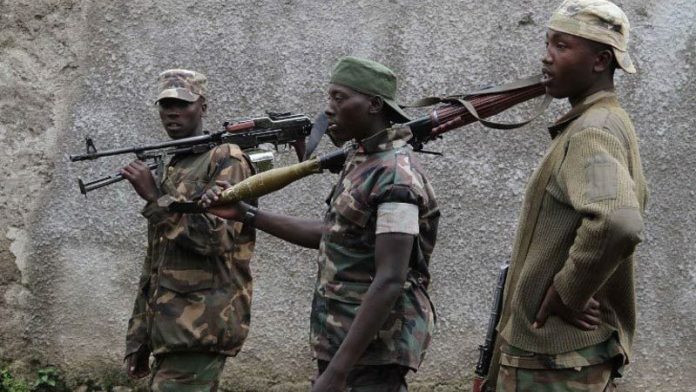 With the signing of a peace agreement by 11 countries – South Africa, Angola, Republic of Congo, Tanzania, Burundi, Rwanda, Uganda, South Sudan, Zambia, the Central African Republic and the Democratic Republic of Congo (DRC).

The essence of the agreement is the regional states’ commitment to stop interfering in one another’s internal affairs, and to refrain from supporting armed groups hostile to one another. This is a clear reference to Uganda and Rwanda’s long-standing involvement in the eastern DRC, where both countries have actively supported several armed groups over the past two decades.

The list of commitments the DRC will have to stick to is considerably longer. Under the terms of the accord it will have to work on improving its police and army, make stronger moves towards democracy, consolidate state authority in order to prevent armed groups from destabilising neighbouring countries, and reform government institutions.

Past peace processes for the eastern DRC have been nationally driven and only partially executed, leaving disgruntled spoilers in their wake and creating many of the conditions for the most recent crisis. In some ways, the agreement represents a real opportunity for the DRC to stabilise its volatile eastern region. For the first time since the 2006 elections, the international community and the region have made a determined attempt to find a solution to many long-standing problems.

The fact that there are elements in the agreement relating to the DRC’s internal challenges – such as the need for greater reform of the police and army, and for greater democratisation – is encouraging because it indicates a recognition that chronic instability in the country is part of the larger dynamic of poor governance, violent competition over mineral resources and an ineffective army that cannot defend the national territory against meddlers.

But a key element of the success of the process will be the political will to implement it and to make the difficult changes that have to underpin peace. Some are sceptical that this latest agreement can resolve the root causes of the instability in the east.

Framework agreement
“What is essential in this framework agreement is unsaid: it is mistrust, a cancer that has swallowed past agreements for nearly two decades,” said Michel Kassa, the director for the Initiative for a Cohesive Leadership, which brings Congolese leaders from all backgrounds together to work on key issues facing the country. “In this case it affects all the relations implied by the agreement: between states, and between states and multilateral institutions suspected to be in favour of one or another party,” he said

“What is required [for peace] is to depart from the usual modes of interaction between national institutions or at a multilateral level, that are marked by mutual hypocrisy and covert coercion.”

It is troubling that oversight of important domestic reforms has been left to the Congolese government itself, and that the accord is short on specific benchmarks which would indicate progress on “greater democratisation”.

This is, after all, the same government that emerged from elections in 2011 that were widely considered fraudulent, and that has made no serious efforts to undertake electoral reform since then.

President Joseph Kabila has been running the country for 12 years and has shown no sustained interest in driving substantial reform of the army during that time. Whether the political will is now there to undertake substantial reforms that threaten his government’s own interests remains to be seen.

Rwanda’s sincerity is also questionable. It signed the agreement because not to do so would have isolated it diplomatically, but it steadfastly continues to deny that it has ever provided support to the M23 rebel group, whose rise last year fomented the most recent crisis. Rwanda has justified its forays into eastern DRC to go after Rwandan Hutu militia operating there on the grounds that the DRC cannot protect their common border. The two countries have signed a number of pacts in the past, but stability has remained elusive.

Agreement varied
The agreement also makes no mention of negotiations with the armed groups causing all the trouble. There are ongoing talks in Kampala between the M23 and the Congolese government, to which Kabila said he remains committed, but they have made minimal progress and exclude all other groups.

A group of 46 Congolese and international non-governmental organisations proposed this week that each armed group should be evaluated individually and sanctions be proposed on a case-by-case basis. Past peace processes have tended to exclude affected communities and reward military force, leading to a proliferation of armed groups.

Meanwhile, in the DRC, reaction to the agreement has varied. In Kinshasa, one of the country’s most read newspapers, Le Potentiel, ran an angry editorial calling the agreement a plot to place the DRC under United Nations tutelage: “The DRC concedes every­thing and obliges itself … to undertake sweeping reforms to prove its capacity to work together with the regional states to guarantee peace and stability … As to its neighbours, notably Rwanda and Uganda … without condemning them, the accord begs them – and this is the appropriate term – not to work on destabilising the DRC. That’s it … meanwhile the DRC has given everything, and this in the name of a peace which is not at all guaranteed,” it read in part.

The M23 has already said that the agreement does not concern it, but the added political pressure is believed to be behind rising tensions between factions in the movement, which this week erupted into overt fighting.

The UN is expected to appoint a high-level envoy to the eastern DRC in the coming weeks following discussions at the UN Security Council, which will also determine a mandate for the Neutral Intervention Force that will be deployed there.

Immunisation and other preventative programmes for malaria, cholera, measles and malnutrition, which kill children in the Democratic Republic of the Congo, must continue
Read more
Advertising